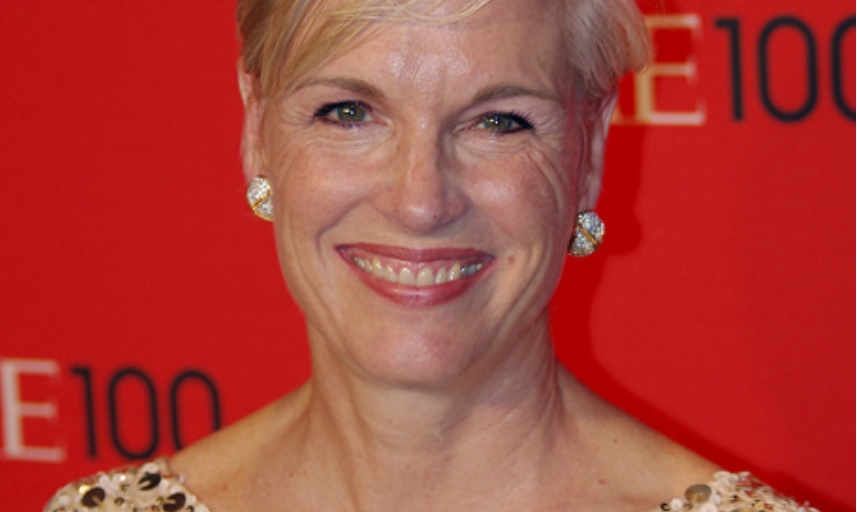 Those include Cosmopolitan.com’s Jill Filipovic, for TV & Online Reporting; left-wing magazine The Nation, for Excellence In Media, and TeenVogue.com’s Phillip Picardi, for Youth Media. Salon’s Valerie Tarico won Outstanding Individual Commentary for a piece undercutting liberal claims that no one is pro-abortion. Her story was titled: “I am pro-abortion, not just pro-choice: 10 reasons why we must support the procedure and the choice.”

The Nation – via Katha Pollitt

As for the specific journalists awarded by Planned Parenthood, one attendee tweeted out a picture of the program: 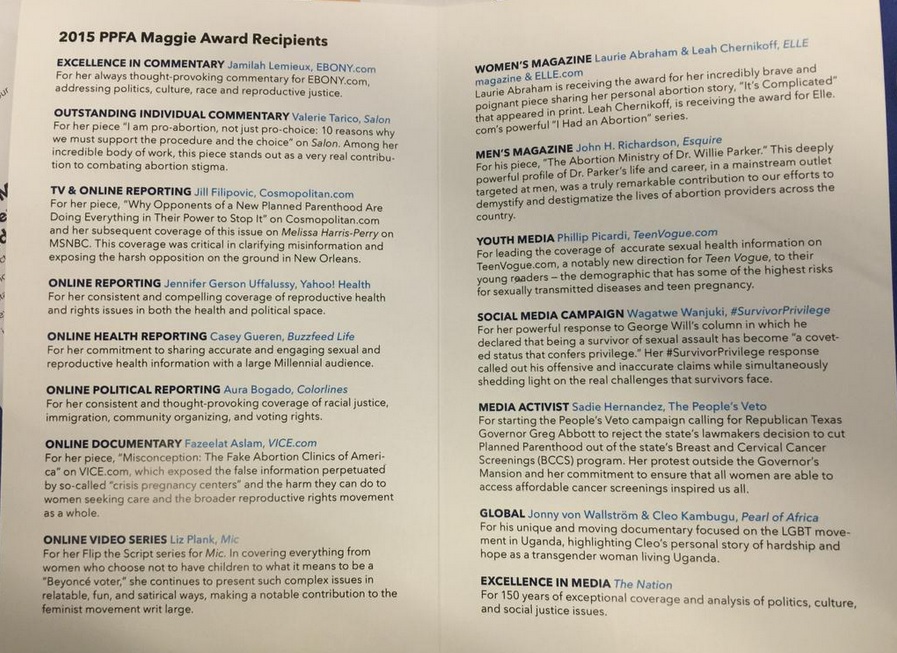 According to the abortion giant, the Planned Parenthood Federation of America Maggie Awards for Media Excellence began in 1978 in honor of Founder Margaret Sanger to “recognize exceptional contributions by the media and arts and entertainment industries that enhance the public's understanding of reproductive rights and health care issues, including contraception, sex education, teen pregnancy, abortion, and international family planning.”