Freeform Show: Transgender Woman Gets Quinceañera 'She' Never Had 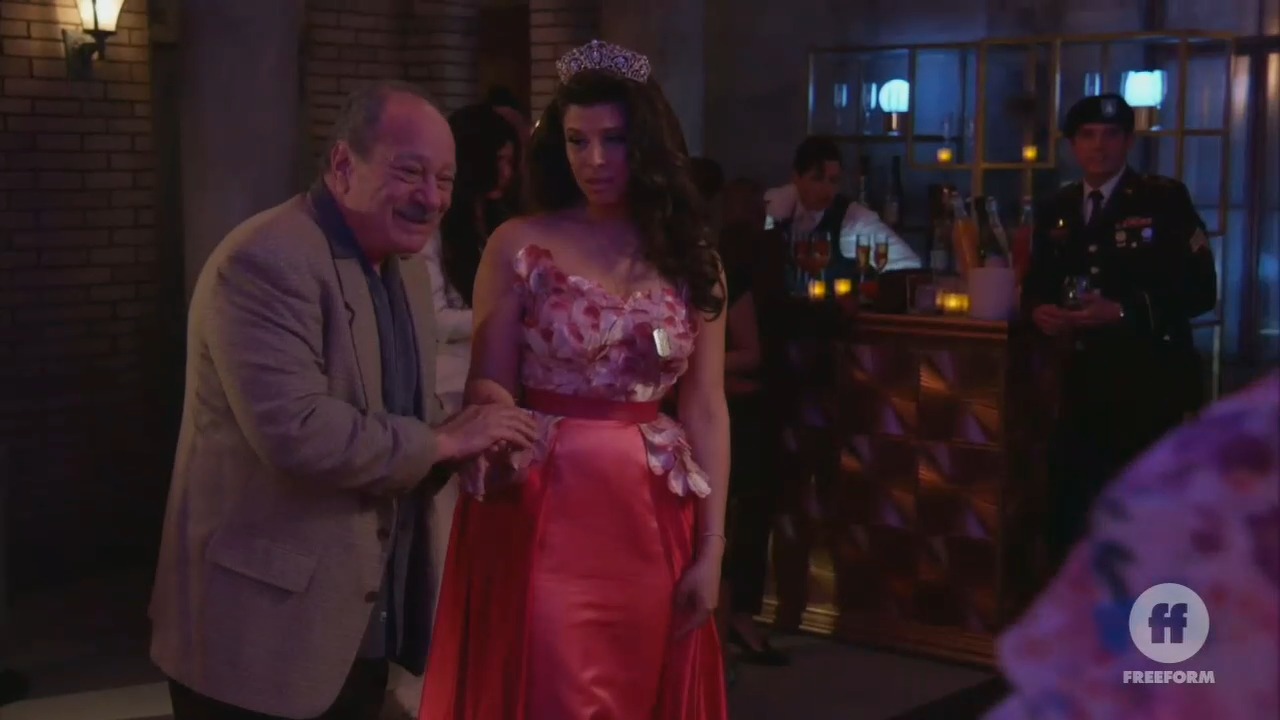 The July 2 episode of Freeform’s Good Trouble, titled “Doble Quince,” was written around the quinceañera Jazmin Martinez (Hallie Sahar)  never had. Not to put too fine of a point on it but the reason the transgender woman didn’t have a quinceañera is because at the age of 15 years old, when the coming-of-age celebrations traditionally happen in the Latino community, “she” was a he.

Now, Jazmin is 30 years old and it’s a “double fifteen” (doble quince) celebration. The party is also a fundraiser for The Center for Transgender Veterans. Jazmin, who was born Alejandro, served in both Afghanistan and Iraq.

Jazmin is estranged from her family because her father is having difficulty accepting his trans daughter. When her brother Gael (Tommy Martinez) asks for Jazmin’s dog tags, father Hugo Martinez (Alex Fernandez) says no. Jazmin wants to have them for her party. He goes on to tell Gael that he is his only child now, a son of which he is proud. Gael is frustrated over his father’s attitude and tells his parents and grandfather that he is bisexual. That will show them.

Gael: Dad, no, it's not, and she's doing it as a fundraiser to help fight the transgender military ban.

Hugo: Those people shouldn't be in the military.

Hugo: Because they disrupt order.

Gael: That is not true.

Mother: If he wants his dog tags-

Hugo: They don't belong to him anymore!

Gael: She served her country the same as you did, and abuelo did. And she did it for you, to make you proud, and you were so proud of her.

Hugo: I was proud of Alejandro. My son. I miss my son, but she took him away from us. She killed him.

Gael: She didn't kill anyone, Dad! Your child is still alive.

Hugo: We only have one child now. One son who hasn't brought shame on us.

Gael: You know what? If Jazmin is no longer your child because she's trans, then I guess you have no children at all, because I'm bisexual.

In the end, the grandfather, Rafael (Juan Carlos Cantu), comes to the quinceañera and gives Jazmin the dog tags. He also dances with her and everyone is teary-eyed at the end of that dance. He tells them that he doesn’t have to understand the behavior to support his grandchild. The clincher is when Rafael goes to leave and Gael walks him out. Gael thanks him for supporting Jazmin and the grandfather says Gael can still choose a woman and not break his parents’ heart. Gael is heartbroken by this.

The episode is a vehicle for the LGBTQ activists in Hollywood to promote their social agenda. Jazmin’s family is having difficulty dealing with her transition and the father is cast in a poor light. The far left still doesn’t get it – transgenderism is not normal behavior. Most Americans feel as the Martinez family does – it is a struggle to come to grips with this situation from a loved one.

The storyline is also a chance to virtue-shame over the ban on transsexuals in the military. Many Americans disagree with transsexuals serving openly in the military, including President Trump. Jazmin tells the party-goers that her quinceañera is an opportunity to fundraise for The Center for Transgender Veterans. She says there are 134,000 trans military veterans, including 15,000 currently serving. The fundraiser raises $10,000 for the fight to end the military ban. And the young people watching this show are further indoctrinated.