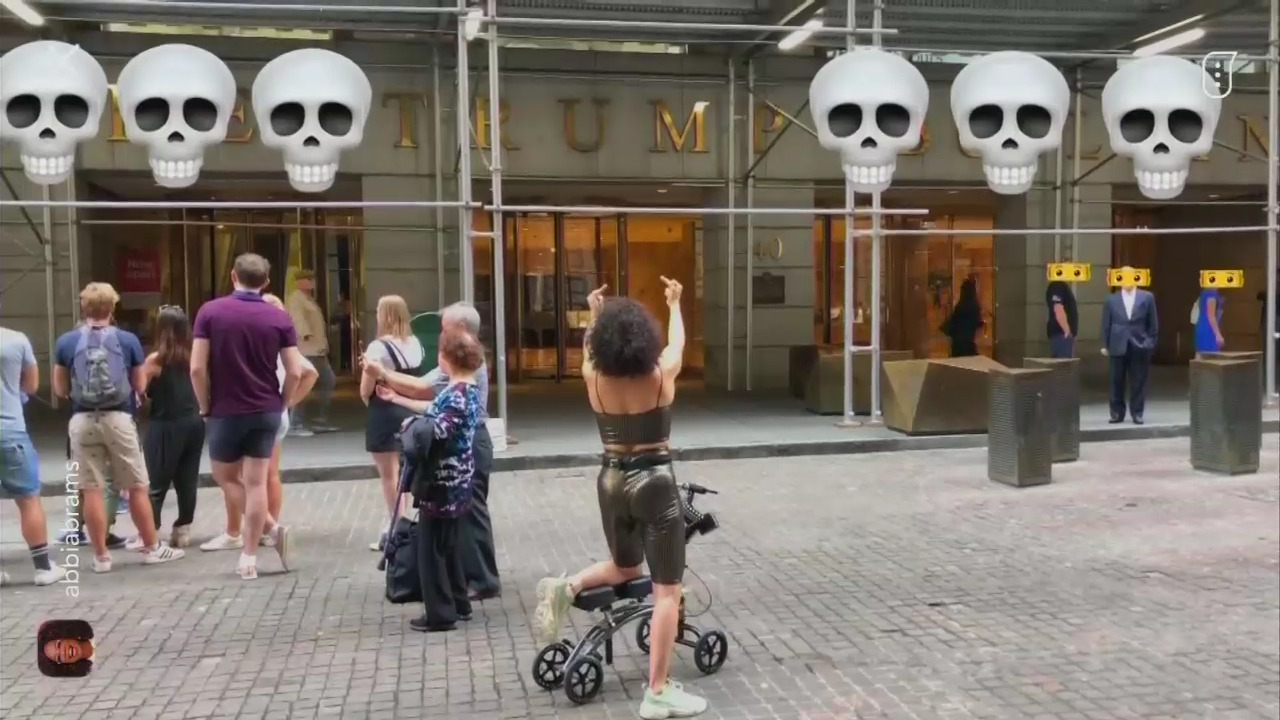 It’s 2019 and still Trump’s America so I guess it is to be expected that a young woman turning 30-years-old in Manhattan would feel good about flipping the bird at Trump Tower while celebrating her birthday. The gesture is filmed for social media, complete with skull emojis. Thus begins the first episode of the fifth and final season of Comedy Central’s Broad City, titled “Stories,” which aired on January 24.

The whole episode revolves around the two main characters, Ilana Glazer and Abbi Johnson roaming around New York City, celebrating Abbi’s 30th birthday. During their day out in the city, they pass Trump Tower. Of course. Ilana, on a knee scooter due to her fall down a manhole earlier in the show, stops to flip the bird to the building. She shouts, “Suck it, suck it, suck it!” and “Fuck you!” Then she screams, “Everybody’s laughing at you, you clown.” Not to be outdone, Abbi gives the tower the finger with both hands, lightening bolts shooting out from them.

So, that was special.

It’s like liberals just can’t help themselves, they go into full Trump Derangement Syndrome when triggered by simply seeing his name. Even in such a nothing of a television show, the urge to drag President Trump is too strong to pass up, even if it means screaming at a building like an idiot.

PS: Broad City is the same show that glorified Hillary Clinton in March 2016, as the buffoonish main character played by Ilana Glazer volunteers for the Hillary for President campaign – so enthusiastically she put “Rodham” in her name, as in “Ilana Rodham Wexler." And here's some other episodes:

Comedy Central's ‘Broad City’ Lusts for 'Throuple' with Michelle and Barack Obama, Gets Run Over by Trump Bus