De Niro on New Alec Baldwin Show on ABC: 'I'm So Offended' By Trump and Republicans 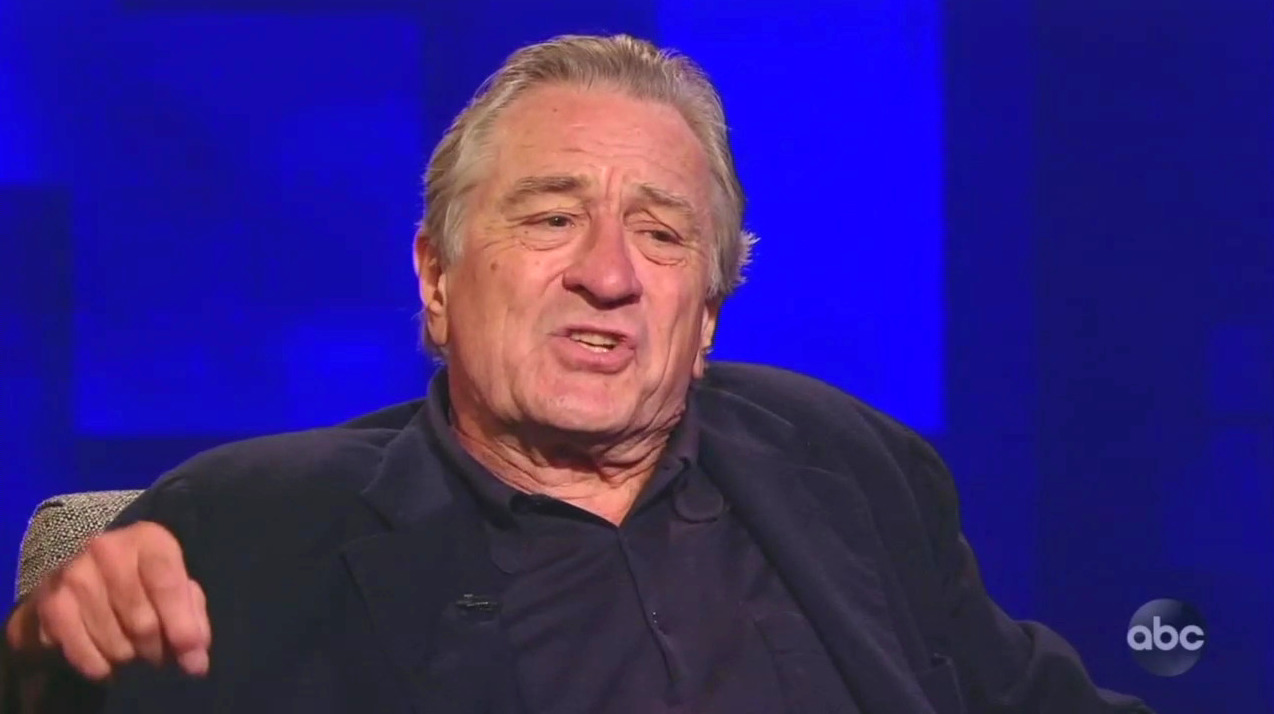 The Alec Baldwin Show officially premiered on ABC Sunday night (after a sneak peek in March) and it went about as I expected. The first guest on the talk show was the actor/liberal political activist Robert De Niro. About half-way through the interview, Baldwin and De Niro launched into an attack on President Trump and Republicans in general, too.

Baldwin began by saying he’s found that his spewing forth with liberal opinions hasn’t always gone over as he hoped and is curious why De Niro has begun speaking out because some actors do not, they let their work speak for itself. De Niro is suffering so greatly from Trump Derangement Syndrome that he is now speaking up about his political opinions because of Trump’s election. Yes, it’s all Trump’s fault.

Alec Baldwin: And, uh, you know, it hasn't always gone the way I hoped it would go. And I find people, uh, who -- I respect people now who have -- have gone all those years and had great success, whether they were actually great actors, and their acting is what made the movie great or not.

Baldwin: It didn't really matter. But a lot of those people, they kept their mouth shut.

Baldwin: And they just said, "You want to -- You want to know me, you want to see me, you stand in line, you buy a ticket," now you download, whatever. They don't give their opinions. And you have been giving your opinion. And you didn't seem that way before. What changed?

De Niro: I, um... I’m so offended by this person, um, and by the Republicans in general and how they've behaved, and we see it with the Kavanaugh thing going on right now. And when I see him, I know what he is, and he knows what he is 'cause everything he says about other people -- "You're a loser. You're a this. You're a that" -- is everything he's saying about himself. It's - He's so transparent. He's projecting. He thinks he's on "The Apprentice." And that show made him.

De Niro: Tricked people into thinking that he actually knows what he's talking about. That he's a crack executive.

Baldwin: "Oh, God, I mean, I've got so many other things I want to do with my life right now." And, of course, as everyone can imagine, said, "It's three shows. It's three shows in late September into October, then the election's gonna come and he's gonna be gone," and then the unthinkable happened.

Yes, “the unthinkable happened” and they can’t move on with their lives. How sad. It’s refreshing, though, that De Niro admits that he is also offended by Republicans in general, too. Usually, celebrities crouch their responses and just focus on President Trump.

Both Baldwin and De Niro commiserated, as you see in the video clip, that Trump’s victory was “unexpected” and De Niro says that now everything seems “totally surreal.” He gave some lip service to getting back to normal, as he calls it, and Baldwin was happy to agree. De Niro even gave a shout-out to Senator Jeff Flake, a Never Trumper who appeared in lots of places after the Kavanaugh hearing to lap up praise from liberals. Flake held the Senate Judicial Committee hostage while he demanded that the FBI re-open another investigation into allegations on Judge (now Justice) Kavanaugh. De Niro thinks Flake is just swell. He told him how wonderful he is at the recent Global Citizens event in New York City, "I said, 'You're an American. You're a hero. What you've done is heroic.'"

De Niro says he doesn’t understand why Republicans don’t just leave their elected offices and enter the private sector where they’d make more money. He says they're going to be "tainted for the rest of their lives" for working with President Trump and they're "making a deal with the devil." How dramatic! I’m quite sure he’d love nothing more than a Washington, D.C. filled with nothing but Democrats.

One part of the interview began with the airing of a Public Service Announcement in which De Niro appeared encouraging people to vote. It’s all the rage in Hollywood now to appear in rather grainy ads as a get out the vote action for Democrats. It’s all a bit much.

I have to say I really don’t know why Alec Baldwin was given a talk show. He failed miserably with one he had some years back and he’s not gotten any better, that’s for sure. I can only imagine that each week the show will be full of Trump bashing and snarky comments about Republicans. He’s already set himself up to be shunned by half of America with his opening show. That doesn’t seem very smart to me.