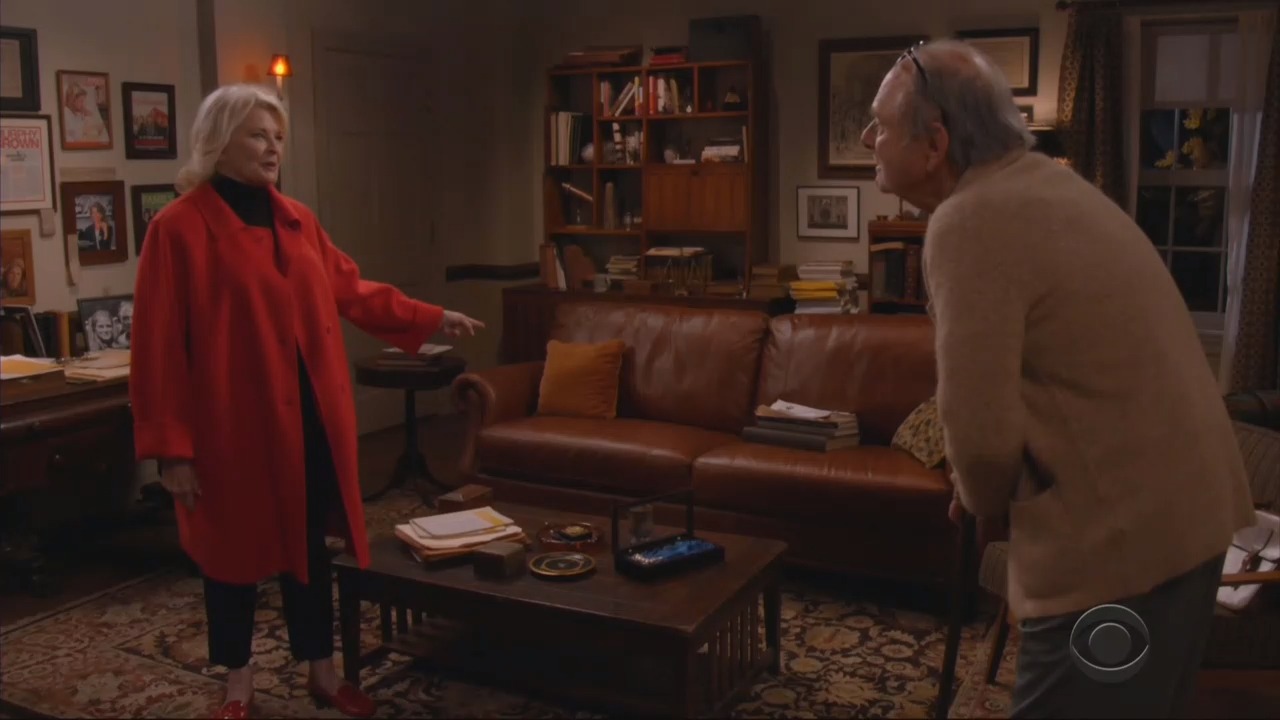 The creator of CBS’s Murphy Brown, Diane English, and the show’s star, Candice Bergen, are both politically active liberal feminists. Both women, now in their 70’s, are determined to prove how woke they are by centering each episode of the sitcom’s reboot around today’s current events and hot button issues. In the October 11 episode, the #MeToo movement takes center stage.

Episode 3 titled “Hashtag MurphyToo” brings up a bad memory for Murphy about an incident when she was 19-years-old and her college professor acted inappropriately with her. Professor George Talbot (Harris Yulin) acted as a mentor to Murphy in her college days studying journalism. Murphy won the Collegiate Reporter of the Year Award under his guidance and then the professor invited her back to his house to celebrate. Assuming it was a regular party with others in attendance, Murphy went to his house and that is when the attempted assault happened.

After seeking counsel from diner owner Phyllis (Tyne Daly), as they are the same age, Phyllis advises Murphy to go confront the man. So, seeking closure, that is what Murphy does. She also discovers that the professor currently has a 19-year-old assistant, a former student, and Murphy hands her a business card and tells her to get in touch if she wants to leave her job. Murphy is surprised to see her award displayed in the professor’s home and a wall covered in framed magazine covers featuring her.

Murphy: I guess you’re wondering why I’m here.I wanted to talk about the night I won that award. Do -- do you remember that night?

Professor Talbot: I do.

Murphy: Good. Do you remember inviting me here for a celebration party after, except there was no party? You kept filling my glass with champagne. Your hand kept finding its way to my thigh. You kissed me. I tried to pull away. You pinned me down right there on that couch. I pushed you off, and I got the hell out of here.

Talbot: You were always a great storyteller, Murphy. But this one tops them all.

Talbot: Is this about the "Me Too" movement? Women dredging up the past... pointing fingers, ruining reputations?

Murphy: You made me doubt myself. I always wondered if I deserved that praise or if you had singled me out for your own reasons.

Talbot: You know what really happened? You'd been flirting with me, shamelessly, for months. And I tried to stay professional, but that night, you were sending out such strong signals.

Murphy: I was sending out nothing! I ran out of this house shaking. I was so upset, I forgot my award, and I love awards.

Talbot: What do you want from me, Murphy?

Murphy: The truth... and an apology.

Talbot: Apology? Well, I would have thought you came here to thank me for opening up your world. Everything you've accomplished, Murphy, was because of me.

Murphy: I accomplished everything in spite of you, you weak, miserable excuse for a man. I'm leaving now. Only this time, I'm not running. I came here to get closure, and... I just figured out how I'm going to get it.

Talbot: What are you doing?

So, Murphy reclaimed her trophy and left with it.

This being a gotcha kind of show towards conservatives, there were some token throwaway lines inserted at our expense throughout the episode. In the opening scene, Murphy is signing off on her morning television show and reminds viewers that cold and flu season is approaching. Then she says, “Ruth Bader Ginsburg, stay away from drafts, please.” Ah yes, a swipe at the seating of another conservative justice on the Supreme Court.

When her son Avery comes home to find Murphy off in another world in her own thoughts, he tries to get her attention and this includes saying, “Trump shot Bob Mueller on Fifth Avenue.” That’s a lame reference to a famous quote President Trump said during his presidential campaign – that he could shoot someone on Fifth Avenue and people would still vote for him. Ugh. As Murphy starts telling her own story to Avery she references the morning’s sexual harassment seminar at the television station. He tells her he attended one, also, but the seminar at his employer’s network, Wolf Network, was “not Me Too, it’s How To.” Remember, Wolf is supposed to be a reference to Fox News.

And, not to leave out a slap at Catholics, Frank (Joe Regalbuto) talks to the others after the sexual harassment seminar and says that when he was coming up, his mother smacked him when he got out of line and then his priest smacked him, too. He added, “Sometimes he tried to kiss you.” Ah, yes. Painting all priests as sexual predators.

All things considered, the episode was as well done as I could have expected. This issue isn’t a partisan issue with liberals lining up on one side and conservatives on the other, as no one wants either sex to be physically assaulted. Too bad English couldn’t just let the other snide remarks worked into the script go unspoken. The throwaway lines are cheap and lazy. I guess this is what we can look forward to in the coming weeks.