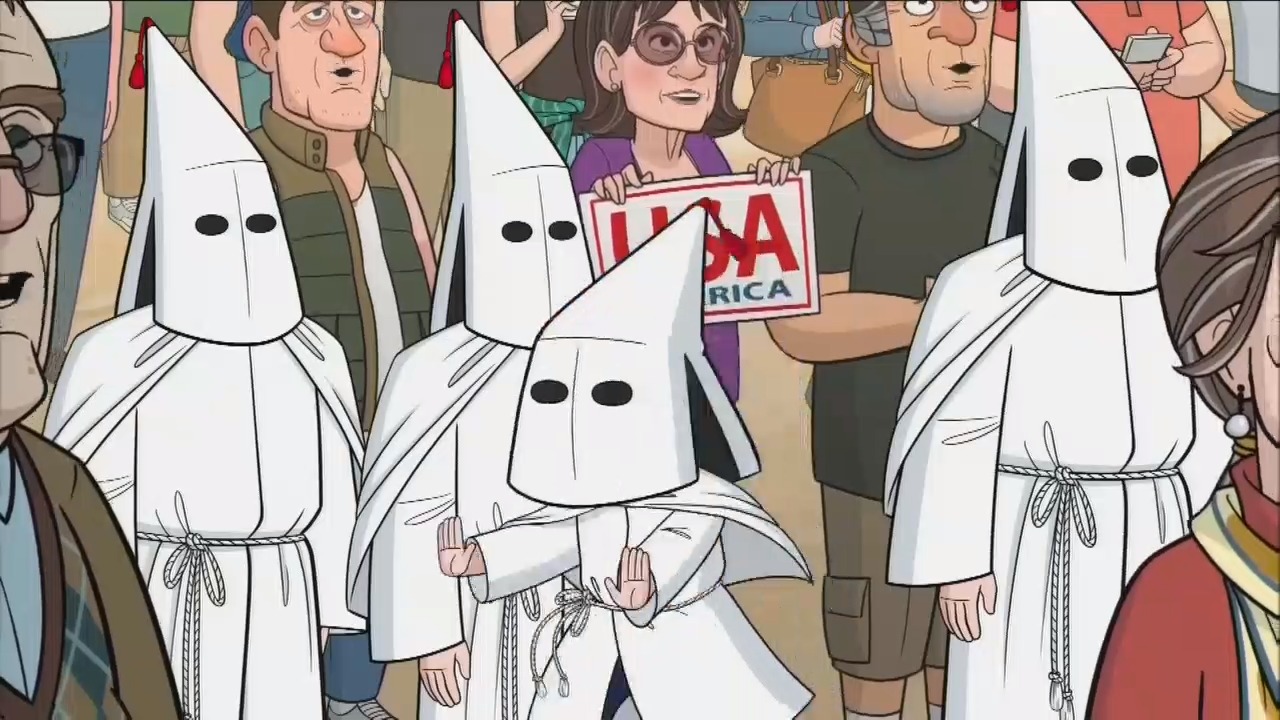 The entertainment elites just can’t get enough of painting President Trump and his administration as racists. In the latest episode of Stephen Colbert’s Showtime animated series, Our Cartoon President, President Trump is proudly racist and has to learn to tone down his rhetoric as the campaign for his re-election in 2020 continues.

In “Civil War,” the episode shown August 19, Vice President Pence is tasked with helping President Trump campaign as a more typical politician. Instead of promoting his administration’s new initiative as the Minority Disenfranchisement Act, Trump is told that a softer name is needed for voter approval. A possible substitute Trump mentions is “Make It Harder for Non-Whites To Vote Act.” Yes. That is as clever as this show manages to get.

Pence offers to "help you code your abject racism." He shows Trump a portrait of the Founders signing the Constitution and describes it as "our forefathers withholding voting rights from slaves and women, but they didn't shout that part from the rooftops. They told everyone they were laying the groundwork for the greatest nation in history, and people have been guzzling that slop ever since." Nice. 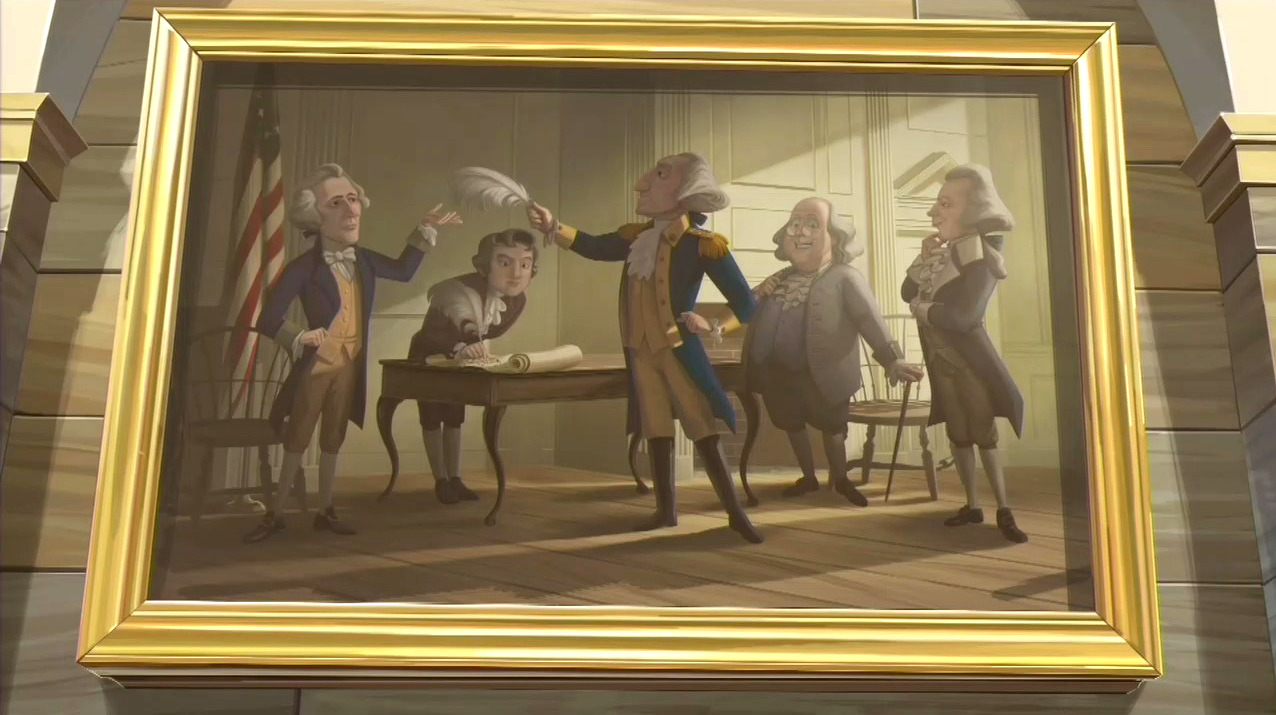 Meanwhile, Trump is concerned that Pence is more popular than him in recent polling. He worries that the vice president wants his job so he refuses to undergo a surgery he needs. Trump doesn’t want to sign off on Pence being acting president while he is under the anesthesia.

When a rally celebrating Confederate pride at Stone Mountain appears on the White House’s radar, Pence is chosen to speak instead of President Trump. Attorney General Jeff Sessions eagerly volunteers to go for the administration and says, “I’ll be there anyway.” Yes, the same old trope that President Trump and Attorney General Sessions are racist for enforcing immigration laws. The clincher is that Sessions is once again smeared as a Klansman at the rally.

Hannity: And it’s a glorious day where the alt-right, the Proud Boys, the Lieutenants Of Christendom, Soldiers For a Caucasian Future, and straight-up Nazis alike have gathered to protect their heritage. I'm being told that Mike Pence will be giving a speech. There's someone who can deliver my message without making you squint to see its meaning. Hold on to your hoods! President Trump is here to address the crowd! Wow. These usually peaceful hatemongers are riled up today,

Trump: Folks, I cannot sit down because a surgeon just crossed my southern border to fix a blockage without any anesthesia.

Man: Why would you do that?

Trump: Allow me to explain. This country has always had a blockage, as well. Beneath our soaring platitude is a whole bunch of ugly stuff we'd like to pretend isn't there, but, at any moment, could explode and make a big mess. I'm assuming they don't make America-sized storage containers.

Man: Hahaha. Oh, I'm sorry. I thought that was a joke.

Trump: That brings me to Mike Pence. We believe the same things, but unlike him, I don't hide it with flowery language and a fuddy-duddy personality. I wear my colon on my sleeve. You may not see my face on any flattering White House portraits, but one day, you will see it carved into this mountain!

Stephen Miller: He's talking about us!

Hannity: We'll do our best!

Sarah Huckabee Sanders: Jeff! Get your ass over here, or I'll kick your nuts off!

Did you notice the Tiki torches in the crowd? Those were used in the violent protest organized by white supremacists in Charlottesville, Virginia a year ago. Stephen Colbert doesn’t do subtle. That’s a fact. I really don’t believe that the press secretary tells the attorney general that she’s going to “kick his nuts off.” Good heavens. Even the hyperbole isn’t funny.

Ironically, the left’s blame America first dialogue is worked into Trump’s speech to the crowd and of course we all know the KKK was started by Democrats. America’s history can’t be erased, no matter how stridently the liberals in our country try to do it. But America’s goodness far outweighs her past mistakes.

This show continues to circle the drain. Fortunately, next week’s show is the season finale. Let’s hope there is not a new season in the works.