Freeform Millennial Drama: 'You Know It’s Crazy to Have a Gun,' Ownership 'Barbaric' 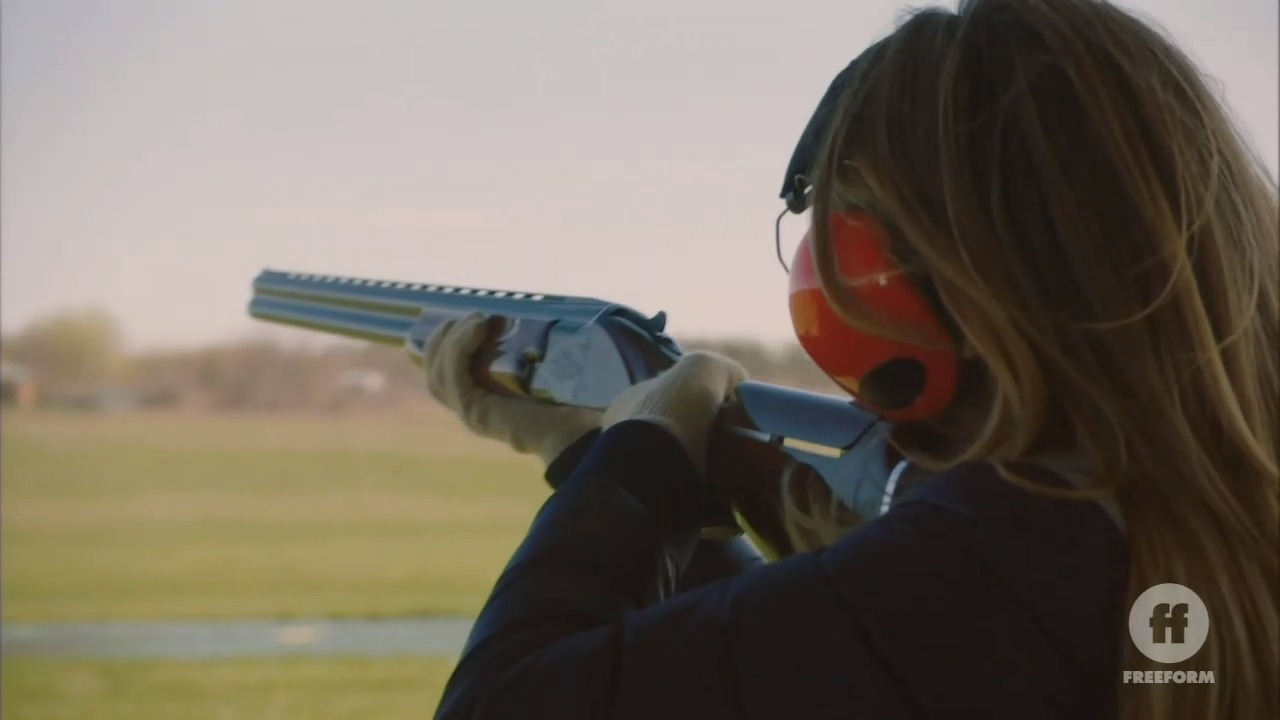 The July 17 episode of Freeform’s The Bold Type exposed the unwillingness of anti-gun leftists to accept gun owners, even if one is their best friend. Budding writer Jane Sloan was traumatized at a very young age by the Columbine school shooting and she is horrified to learn that her roommate, Sutton, owns a shotgun.

Jane (Katie Stevens) was a first grade student just five miles from Columbine High School and she says her teacher’s daughter was murdered in that mass shooting in which shotguns were used. Meanwhile, her roommate Sutton (Meghann Fahy) grew up in central Pennsylvania and was a member of her school’s shooting club. She still owns the shotgun, named "Betsy," and shoots skeet.

Jane is completely ignorant of people who are gun owners and a more rural kind of lifestyle. As is usually the case with gun-grabbers, Jane goes into a typical stereotype of conservatives as she confronts Sutton and tells her “it’s crazy to have a gun.”

Jane: You did it all through high school?

Sutton: When I was in ninth grade, my mom realized that me having an activity would be cheap supervision. Basketball was too sweaty. Cheering, no. So I joined the shooting club.

Jane: I still can't believe your school had a shooting club.

Sutton: We named our guns. Arya Stark named her sword.

Jane: Yeah, Arya Stark is a fictional character, who lives in a fantasy world. You live in the real world. Hon, you know it's crazy to have a gun. That's why you kept it from me.

Sutton: Maybe I kept it from you because I knew this would be your reaction. Last question.

Jane: What else are you hiding from me? Do you have a MAGA hat? Do you watch "Hannity," and do you drive a monster truck? Because otherwise, I don’t understand why you have a gun.

Sure, being a Trump supporter or a Fox News viewer or a big truck owner is just as bad to a gun-grabber as actually owning and loving a shotgun, and we all know only lowbrow people do any of that.

Jane, a writer for a young women’s magazine, questions Sutton about her feelings on mass shootings (as though anyone is going to be in favor of them) and on assault rifles. Sutton replies that she is in favor of a ban on assault rifles – the left’s favorite description of firearms they don’t understand – and thinks stronger background checks are a good idea. The article Jane decides to write is titled, “I Love Everything About My Best Friend - Except Her Gun.” Talk about clickbait!

Jane is so focused on her own anti-gun feelings that she has difficulty writing her article, which her editor says comes off as an "un-nuanced, one-sided" "rant" in her initial draft. Her editor says she has to get more of Sutton's point of view.

Fortunately, Sutton explains to Jane that her shotgun has nothing to do with assault rifles or mass shootings. She volunteers to teach Jane and their friend Kat (Aisha Dee) about her shotgun and her hometown. She breaks out her high school yearbook and Jane learns about life in flyover country, as clearly she is a coastal elite kind of gal. They even go out to a shooting range and Jane shows them how to shoot skeet. Each girl takes a turn. While Kat likes it, Jane stubbornly refuses to loosen up and shoot more than once. She hates it, of course. She even demands Sutton get rid of it.

Sutton: Nice! All right. You want to try again?

Jane: I hated it.

Sutton: Well... It takes a lot of practice.

Jane: No, no, Sutton, I hated it. I came out here to see what you love about it, and to see the other side so I could write about that, but when I pulled the trigger... all I could feel was how deadly this thing is. I mean one mistake, one bullet--

Sutton: They're not bullets. It's shot.

Jane: Whatever! It's deadly. I could feel it!

Jane: I don't want this in our apartment anymore. I want it out.

Sutton: Are you kidding me?

Jane: I won't feel safe with this there.

Sutton: Haven't I just shown you I know what I'm doing?

Jane: I don't care. It's too dangerous.

Sutton: It's in a locked case. The only person who has the combination is me! What do you think is gonna happen? How is this gonna hurt you? The only thing I can think of is somebody breaks into the apartment, finds the case, and hits you with it.

Sutton: My gun is not dangerous!

Sutton: Fine. But you know what really bugs me, Jane? I just showed you how good I am at this and how safe we are, and you say that you're my best friend, and you still don't trust me! Why don't you write about that?

Interestingly enough, the Second Amendment or self-defense is never really brought into the dialogue. Jane always makes it more personal and emotional instead of recognizing a constitutional, God-given right. She is quick to tell Sutton that "half the country knows that our lawmakers are bought by the NRA and think that gun ownership is barbaric." Hyperbole, much?

There is a discussion about control and gun ownership, too, just for good measure. Jane psychoanalyses Sutton by telling her she is refusing to get rid of her shotgun because she has been dealing with some tough stuff – like breaking up with her boyfriend and job stress – so her holding onto "Betsy" is a control issue. No, really. Jane says that it stems from high school, when Sutton used to have to take care of her alcoholic mother, then went out and shot skeet. Jane’s the control freak, if you ask me. Jane says, “Maybe you can feel control some other way. Maybe without keeping your gun.”

In the end, Sutton caves and takes her gun to be melted down into earrings. She tells Jane, "You were right. I was holding onto something that I don't need anymore." As if people bitterly cling to their guns until they finally grow up.

Amanda Lasher, a showrunner and member of the very organized and active gun grabbing group, Moms Demand Action for Gun Sense in America, said of the episode:

“It was very much the idea of, what is it when you define yourself in a certain way and you have these things that you feel like you need to keep you safe? And then you get older and you’ve outgrown them but you’re not quite ready to let them go,” Lasher explains. “We wanted to make a story about that and finding that you don’t need something else to make you feel strong or brave or powerful or in control.”

Ultimately, Lasher says, "I think we need to reduce the gun culture in America. But I think that we will only succeed in that if we are having open, respectful conversations with people who do own guns.” So that means, while Sutton was allowed to give a good defense of gun rights by today's TV standards, the only happy ending that will be tolerated is one in which the guns are destroyed.