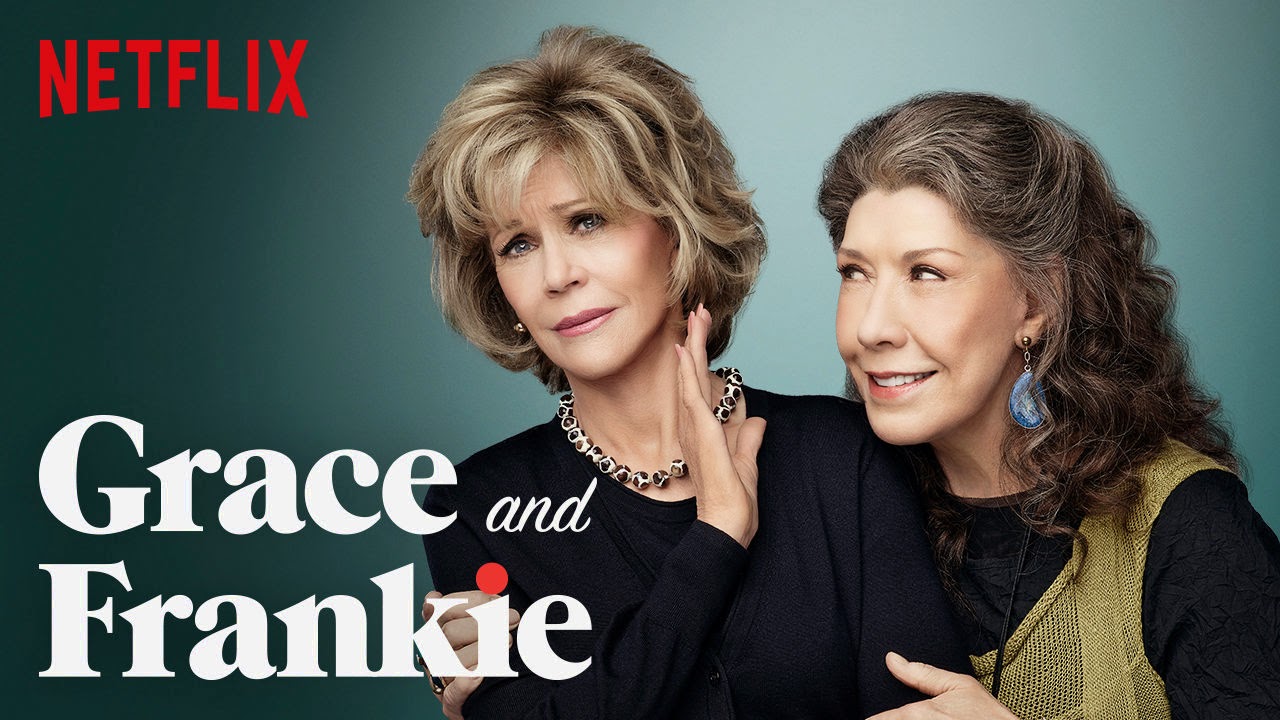 Season Four of Netflix’s Grace and Frankie was released on January 19. The usual unconventional antics were included in the 13 half-hour episodes but this time an unexpected twist was included. The adult comedy incorporated a death at the hands of one of the duo’s vibrators for senior citizens, which leads to a dire warning for one of the Supreme Court Justices.

Grace Hanson (Jane Fonda) and Frankie Bergstein (Lily Tomlin), a retired skincare company CEO and an art teacher, respectively, continue to grow their business. Forever Vybrant is a niche company. As you'll recall, the ladies manufacture and sell vibrators and lubricants for senior citizens. In episode 10, titled “The Death Stick,” unfortunately, the product’s biggest fan, Harriet Frankel, passes away. The woman “diddled herself to death” and was found with the toy “still buzzing.”

Grace and Frankie, the death of Harriet unbeknownst to them, traveled to visit with Harriet in a move to shake off some depression that Frankie is experiencing. Frankie is incorrectly labeled as deceased by the Social Security Administration and other events like the growing number of funerals for friends and those moving into assisted care facilities weigh heavily on both women.

Harriet frequently posts glowing reviews of Forever Vybrant products so the two are heartbroken to learn of her death. Then panic sets in as they face dealing with damage control. Frankie, the pot smoking, liberal hippie, is particularly worried about the products she has sent to Supreme Court Justice Ruth Bader Ginsburg, whom she refers to as "RBG," as a gift. Eww. She calls to warn her of potential risk and says, “We need you now more than ever.”

The former husbands of Grace and Frankie, openly gay and married to each other, are having some problems in their relationship. Both retired lawyers, Robert Hanson (Martin Sheen) has a passion for acting with a gay community theater group and Sol Bergstein (Sam Waterson) is a full-time far-left protesting activist. Robert is tired of protesting, though, and Sol feels neglected. He strikes up a friendship with another gay man on a folk music-themed cruise (no, really) and this creates tension with Robert.

Robert’s theater friend advises the two to consider an open marriage, as does their couples therapist. In episode 10, the therapist says men have complex biological impulses and “monogamy may run contrary to those impulses.” Her attitude is that breaking a relationship “wide open” can fix it. How insulting to men in general that liberal women think they are unable to control their impulses.

In episode 3, titled “The Tappys,” Sol’s love of activism prompts him to encourage Robert to make his acceptance speech into a political statement if he wins a Tappy Award for his performance as John Adams in 1776. Sol tells him it will make the award “meaningful.” Robert doesn’t think that is appropriate but ends up doing it when he does win the award. Of course. He spoke briefly against intolerance and referenced the conservative protesters who gathered on the play’s opening night. That happened in Season 3 so the writers were reaching back on that one. The irony is that Robert forgot to thank Sol in his speech. Heh.

And, for good measure, there is a random reference to Ronald Reagan because the liberal characters just can’t resist. As Frankie implores Sol to hurry up and get her problem with being declared dead by the Social Security Administration undone, she asks him to tell their son that the snafu is fixed. Sol scoffs and says he can’t lie to him. Frankie counters, “You were comfortable telling him that President Reagan wrote back to him and said, “I hear you. I’ve made some mistakes.” Sol replies, “He still has that letter framed.” How stale. Can’t we just let President Reagan rest in peace? Must he continue to be a whipping boy in television shows after all these years?

All in all, Season 4 of Grace and Frankie was really tame politically. With these four far-left stars, I count myself spared of what could have been.