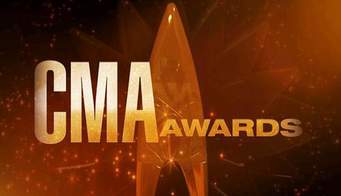 The 51st Annual Country Music Association Awards (CMAs) was broadcast from Nashville on ABC Wednesday, November 8. The hosts, for the 10th time in a row, were country music stars Brad Paisley and Carrie Underwood. The tone of the show was somewhat somber as the opening musical performance, backed up by an ensemble cast of country stars, began with Luke Bryan singing "Amazing Grace" and went from there. It was a respectful and poignant tribute.

As the hosts came out to begin the show, they explained that the best way to honor those lost and those still healing after the horrendous events of the past few months – the Las Vegas shootings, Charlottesville, the hurricanes – would be to carry on and play music in their honor. Carrie then mentioned the guidelines the CMA gave to participants. A “politics-free” show was the goal of the Country Music Academy, she said. They didn’t want controversial topics from current events to be mentioned.

Brad Paisley objected and began a bipartisan snarky list of titles of songs as he asked Carrie Underwood if they might be acceptable. His list included “Way Down Under on the Scarmucci,” “She’s Gone, Gone, Gone. She Wrote a memoir. Hillary’s Back,” and “Stand by Your Manafort.”

Carrie assured him these were not acceptable but then they both launched into a little Trump bashing to the tune of Underwood's "Before He Cheats."

Brad: He's probably asking Siri, "How in the hell do you spell Pocahontas."

Brad: In the middle of the night from the privacy of a gold plated White House toilet seat he writes little Bob Corker, NFL and covfefe.

Brad: Thank you. And it's fun to watch that's for sure until little Rocket Man starts a nuclear war and -

Carrie joins in: Maybe next time he’ll think before he tweets.

Not to be deterred by CMA guidelines too much, Brad Paisley offered this commentary after a commercial break:

“So, some other titles that the CMA guidelines nixed tonight -- I Wish You Could Have Heard Him. I'm So Indicted. And Papa Got the List and Huey Lewis and the Fake News for You.”

Yeah. Kind of lame, to be sure, but harmless enough, and most of the night took a conciliatory tone.

Tyler Perry came out to present the Best Album of the Year award. He began, though, by acknowledging the first big African American country artist, Charley Pride. As he explained, especially now, we must all come together.

The year was 1966. And a new country singer had a hit record on the radio, but not many fans had seen his face. He walked out to a crowd of thousands, kind of like me coming out here. And said, "Ladies and gentlemen, this is a little unique, me coming out here on a country music show wearing this permanent tan." It broke the ice and that singer went on to become a country music legend. His name is Charley Pride. And just like that moment, I believe it has never been more important than it is right now that we all come together, find common ground. Yep. That's right. That's right. Find some common ground, spend some time listening to each other enter realize that we are more alike than not alike. Great music has always been a bridge to doing just that. So that's why we're celebrating it tonight.

Carrie Underwood sang “Oh Sinner Come Home” as the In Memoriam segment honored those in the country music industry who died. At the end of this, the victims of the Las Vegas shooting during the Route 91 Harvest festival were included.

So, while this awards show was easier to watch than most, this year it didn't quite adhere to trying to keep the show "politics-free."

It was good that the show’s hosts didn’t bend to the political will of many in the media and other lefty voices to insert calls for gun control. There was no NRA bashing. The CMA guidelines were meant for the journalists covering the event as the CMA wanted to keep politics out of music awards ceremony. Is that too much to ask? Yeah, never mind. I know the answer to that.