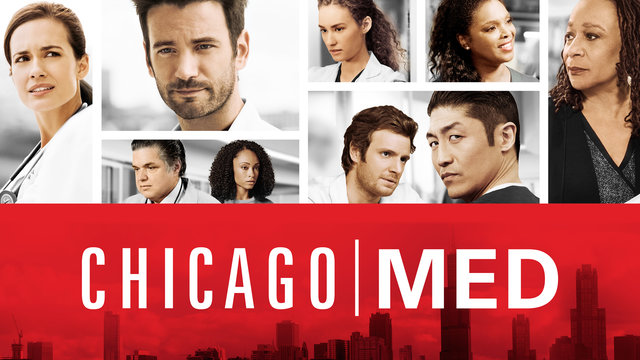 In the Thursday night episode of Chicago Med, titled “Monday Mourning,” a teenage boy is brought in to be treated for injuries suffered in a fall he took. The surprise twist? His medical complications are brought on because he's been hiding that he's gay. Is there any show these days without a gay storyline twist?

The teen fell while carrying a box for his parents. The family was preparing to move to California from Chicago and their son wasn’t happy about that upheaval. He was diagnosed with a broken rib and bruising but then, while in the E.R. being watched by staff, he suffered symptoms of having a stroke leaving him paralyzed. The doctors are puzzled and also note that he has an apathetic attitude to being paralyzed on his left side.

Dr. Charles (Oliver Platt), the head psychiatrist, is brought in to talk to the boy and figure out what is going on with his attitude. He happens upon the boy’s friend and discovers the "special bond" between them. The boys have feelings for each other. The stresses of dealing with the gay feelings and the move that will separate the two guys have left the boy paralyzed. What? Dr. Charles thinks the teen was unable to process it all and it left his body paralyzed.

Mother:  We had no idea.

Dr. Charles: It seems like he's been harboring thoughts and feelings that he wasn't comfortable expressing, and his body found a way to express them for him.

Mother:  So he wasn't actually paralyzed?

Dr. Charles:  No. But he was experiencing real symptoms. It's why we call it a conversion disorder. It's the physical manifestation of a psychological desire.

Father:  Desire? Sounds like you're saying he wanted to be paralyzed.

Dr. Charles:  I'm saying he didn't want to move. And his subconscious decided that having a serious medical condition might be a good way to accomplish that.

Dr. Charles:  Crazy, no. Complicated, sure. But if you think about it as a whole, an understandable response to what must have seemed like an impossible situation. I mean, having to leave somebody that he couldn't tell you about, somebody for whom he had very strong feelings.

Father:   But if he was so upset, why didn't he seem to care about being paralyzed?

Dr. Charles:  Compartmentalization is just part of the condition. But trust me: Your son cares. I mean, he cares a great deal.

Will:  Just to be safe, we'd like to observe him in the hospital overnight.

Dr. Charles:  Then probably a good idea for the three of you to sit down and have a talk.

Ethan:  They're getting a room for him upstairs. I'll let you know when it's ready.

How’s that for a random Hollywood twist? If being gay is no big deal anymore, why is there a need to show such weird story twists in an otherwise non-controversial television show? That teenager isn’t the only one confused.