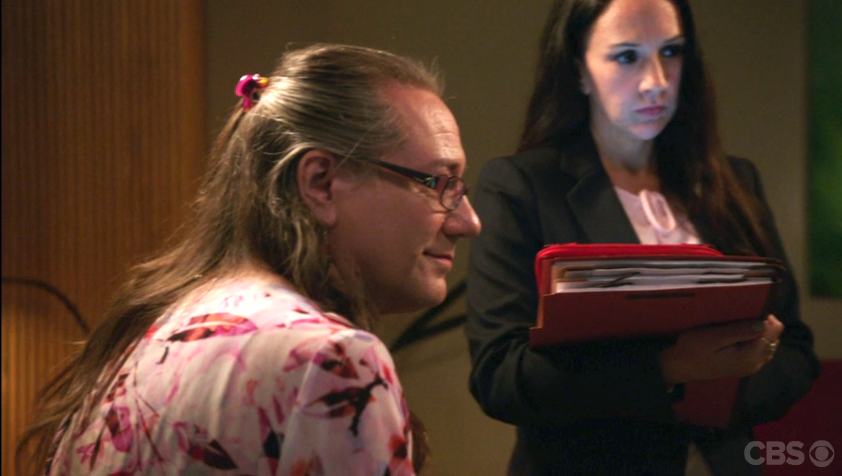 Giselle Overman (Christine Adams) is a civil rights lawyer who needs help controlling her seizures or she'll die. She explains to Dr. Wallace (Dermot Mulroney) and Dr. Channarayapatra (Reshma Shetty) that she needs to live because she is currently defending Andrea Cocciano, born Andrew Cocciano, in a case where Cocciano is "about to be fired by a major equities firm because she’s transgender.”

Overman: You see this woman? Andrea Cocciano. Born Andrew Cocciano. She identified as a woman from the time she was six years old. She's brilliant. MBA from Harvard. And she's about to be fired by a major equities firm because she's transgender. This is a precedent-setting case of national importance. I can win this. But I need your help to cure me first.

Dr. Channarayapatra: We are well aware of your work as a civil rights attorney.

The most alarming thing about this is Cocciano claimed to identify as a woman at age six – clearly trying to push the envelope of gender identification at such a young age. A six-year old is still learning to read and write. How the heck does one know their “identity” then? And yet this is what liberals are pushing on kids.

Ms. Overman claims, “This is a precedent-setting case of national importance.” The Human Rights Campaign reports that only 18 states consider transgender a protected class in the workplace, but it’s their goal to run roughshod over religious freedom and commonsense to make it all 50.

Such a shame as this show started with an actual conservative approach. It doesn’t take a genius to figure out Hollywood has their own agenda, and they want to ensure we all comply. No thanks.