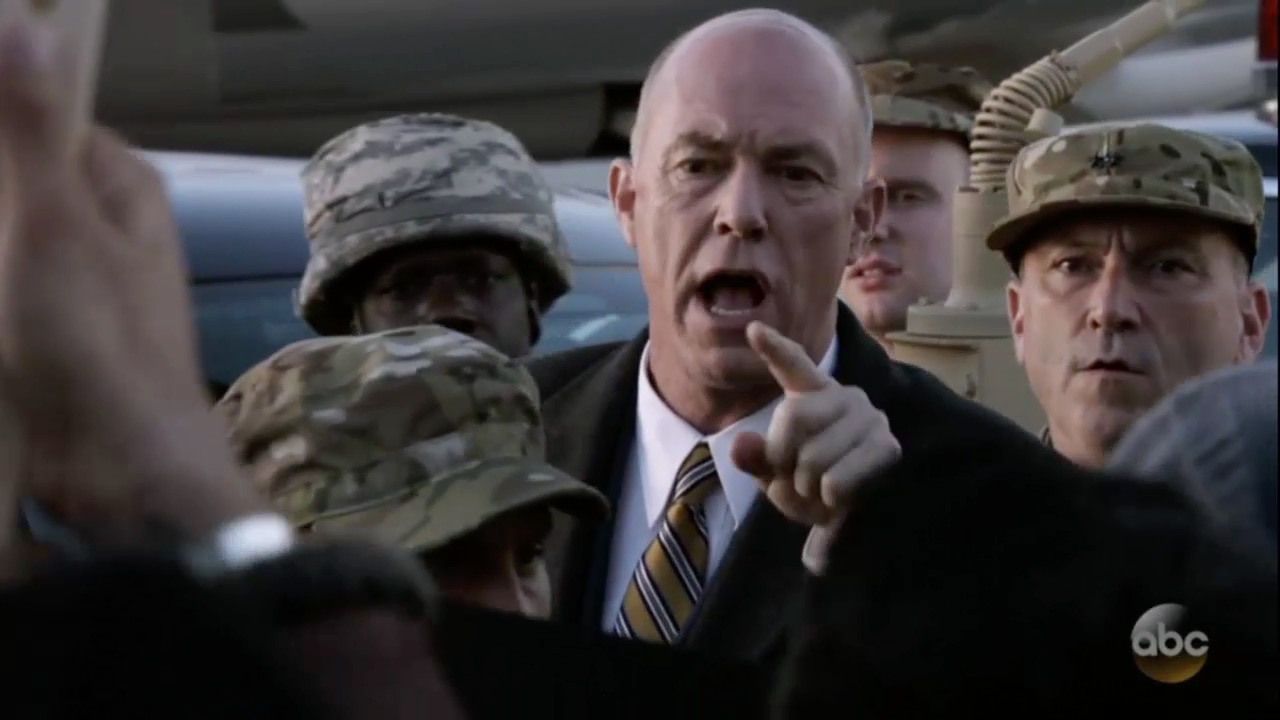 In Wednesday night’s episode of the ABC drama Designated Survivor, “The Enemy,” President Ronald Reagan is invoked by a bigoted governor who is rounding up Muslims in the wake of an attack on the State of the Union that killed the president and his cabinet, Supreme Court justices, and all but two members of Congress.

Outgoing Housing and Urban Development Secretary Tom Kirkman (Kiefer Sutherland) was the designated survivor for the State of the Union and, as such, became the president. Because of this, Michigan Governor Royce (Michael Gaston) no longer trusts the federal government and thinks it is now his responsibility to ensure the safety of his state by having the police harass and arrest people based on their Muslim faith. In a previous episode, his state police beat a Muslim boy to death but President Kirkman was able to get the governor to stand down. Now Governor Royce is back at it, calling Kirkman’s presidency illegitimate and rounding up Muslims with no charges again.

President Kirkman sends his Senior Advisor Emily Rhodes (Italia Ricci) to observe the Islamic American Coalition’s peaceful protest of the governor’s actions to make sure it’s safe, but she gets shut out by Governor Royce who mocks her with Reagan’s famous quote on the nine scariest words in the English language, “I’m from the government, and I’m here to help.”

Emily: Governor Royce, this is quite the welcome committee. Emily Rhodes, Special Adviser to President Kirkman. I am here to observe the IAC’s protest.

Royce: Yeah, I know why you're here, and I suggest you and your staff get back on that plane and return to Washington.

Royce: Yeah, well, as President Reagan said, the nine scariest words in the English language are, "I'm with the government, and I'm here to help." MM. I got enough to worry about without you people interfering.

Emily: Well, I'm sorry, sir, but that's not really a decision for you to make. I'm here by orders of the president.

Royce: Let me explain this again in a way that you'll understand. The state of Michigan is off-limits to Tom Kirkman, his staff, his plane, and most of all, his presidency. Understood?

Just like left-wing Hollywood to taint Reagan’s memory by associating him with the show’s designated bad guy (he ends up being arrested for treason), twisting his quote as if Reagan was against the government defending the Constitution. And just like them to take the time to lecture on Islamophobia after a terrorist attack.

If these lame hits on the right keep up, I don’t think this show will survive the rest of the fall season.