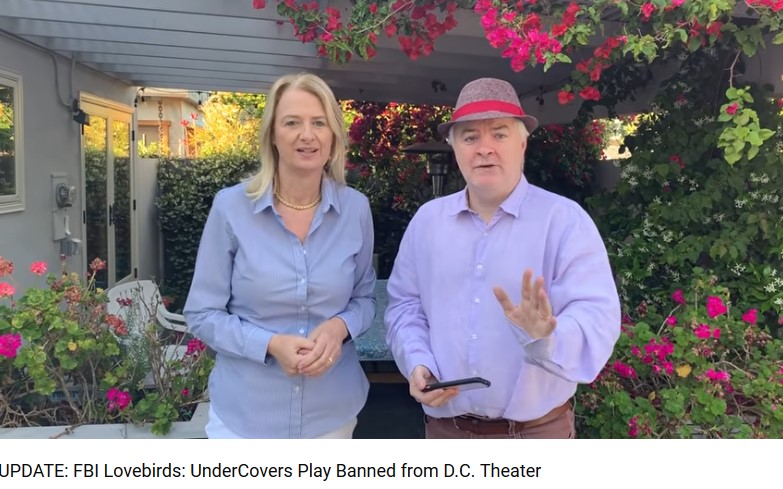 A pro-Trump play set to take the stage in June in the nation’s capital is homeless, following the theater’s decision to back out.

“Media reports have made us aware of undisclosed details about the event and Studio has become aware of the threats of violence made surrounding it which raise legitimate safety and security concerns,” read the email from Studio Theatre representatives and obtained by THR.

McAleer, however, asserted that the decision was political. “This is censorship of facts that they want to keep hidden from the American people,” said McAleer, “and they are hiding behind ‘safety concerns’ in order to squash diversity of opinions in the theater.” He told THR the only “threat” he knew of was one tweet that read “lock the doors, and set theater on fire.” It was reported to Twitter and deleted.

He added, “The people who run the Studio-Mead Theatre are hypocrites and they are cowards, scared of a play that tells the truth and might challenge their cozy bubble” and insisted they would secure a venue and film the play for digital release as planned.

“Everyone will get to see the truth about how the upper echelons of the FBI tried to subvert democracy, McAleer said.

In a May 29 press release, McAleer said “Verbatim theater really scares the intolerant left because they can’t challenge the words. There is nothing added. These are the actual words and texts of Strzok and Page and they are shown in all their conspiratorial plots, using the power of the FBI and the intelligence services, trying to stop Trump being elected and then trying to undermine his presidency.”

McAleer also created the film Gosnell about horrors committed by Philadelphia abortionist Kermit Gosnell even after its crowdfunding effort was rejected by Kickstarter, and ads for it censored by Facebook. The network news media ignored the film and its crowdfunding record success. The FBI play is also being crowdfunded on Indiegogo.

His other works have included a “verbatim theater” production Ferguson, the FrackNation documentary about hydraulic fracturing for natural gas and the shoddy journalism and misleading activism surrounding the process, and Not Evil, Just Wrong challenging former Vice President Al Gore’s An Inconvenient Truth. McAleer is also a former journalist who wrote for the Financial Times and The Economist as well as newspapers in his native Ireland.