What is it about Australian Rugby that makes everyone want to become transgender? 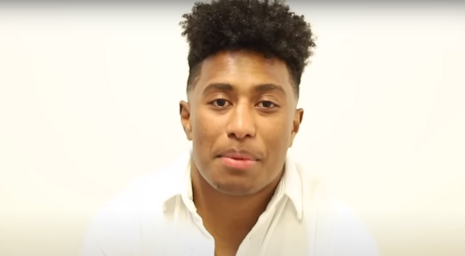 Former Olympic gold medalist and Australian women’s rugby team star Ellia Green has come out as transgender, making the “transition” from female to male. Green, who won a gold medal in women’s rugby at the 2016 Olympics in Brazil, announced her decision in a pre-recorded video displayed at a conference in Canada regarding the fight to end homophobia in sports.

Green said that declining mental health was what prompted her to make the decision, which began to deteriorate quickly after her retirement from the sport in 2021.

“I just knew it was going to be the most liberating feeling when I had that surgery and to be in the body I knew I had to be,” Green said. “That was a bright spark in my mind during these dark times facing demons, but I knew there was light at the end of the tunnel.”

I’m sorry, but deciding to go through a surgery that mutilates your body does nothing to liberate you and speaks to the possibility that your mental health might be worse than you could ever imagine.

Choosing this way of life actually keeps you enslaved to a toxic mindset and ideology that overpromises on its results and that constantly underdelivers for those foolish enough to follow it. A large contingent of men and women who have undergone this creepy and frankly demonic surgery regret their decision afterward despite the fact that trans activists claim it is liberating and life-giving.

I fear they have enslaved yet another victim.