Did somebody say "groomer?" A high school teacher that organized a drag show in the Tuscon Unified School District (TUSD) in Arizona has been arrested for being sexually involved with a minor. 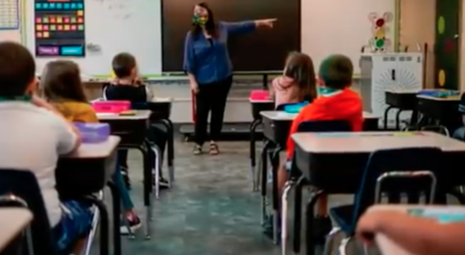 According to AZ Free News, Zobella Brazil Vinik, a 29-year-old woman, and her ex-wife allowed an unnamed 15-year-old minor to live with them in their residence, where the ex-wife discovered Vinik’s underwear under the minor’s pillow. Police also obtained phone records that detailed intimate conversations between Vinik and the minor.

Related: CNN Fluffs Author Who Dresses as T-Rex to Give Gender-Bender Books to Kids

The show was supposed to take place on May 7, which was two days after Vinik was put on administrative leave and the high school launched an investigation into her, and four days before Vinik decided to turn herself into the police.

TUSC spokesperson Karla Escamilla declined to comment on the arrest, but provided this statement from TUSD Superintendent Gabriel Trujillo:

On May 4th, 2022, detectives from the Tucson Police Department Sexual Assault Unit informed the administration of Tucson High Magnet School of an ongoing investigation into one of its counselors, Zobella Brazil Vinik. The administration was informed of an alleged inappropriate relationship between the counselor and a 15-year-old student from Tucson High.

Working with the Tucson High administration, the District administration acted swiftly to remove the counselor from campus and place her on administrative leave. Our School Safety Department immediately initiated a comprehensive investigation into this alleged incident, which is currently ongoing.

On Thursday May 5th, 2022, Ms. Vinik resigned her position from the Tucson Unified School District and is no longer an employee of the district. The Tucson Unified School District administration will continue to cooperate with the Tucson Police Department in its ongoing investigation. Our administration will continue to emphasize the health and safety of our students as our highest priority.

There’s no way to sugar coat this: it is disgusting and gross on so many levels and further amplifies the need to get groomers like Vinik out of our public school system.