Newsom Promises to Expand Massive Funding for Abortion in California 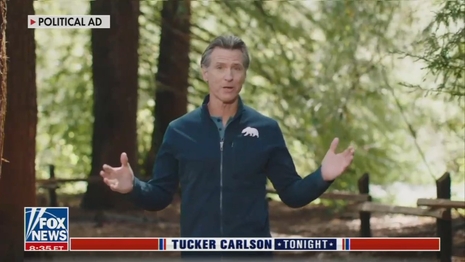 If Roe v. Wade is overturned, each state will have the power to decide if it wants to legalize abortion or criminalize it. Thanks to an announcement made by California Gov. Gavin Newsom (D) on Wednesday, we know exactly what "The Golden State" will do.

Newsom promised a shocking $57 million in state funding to promote abortions, with the money being split to target abortion babies form low-income women, subsidize pro-abortion activism, and to maintain an abortion website and research other ways to bankroll the abortion industry.

But the atrocities do not stop there. California legislature has passed Senate Bill 1142, a bill that creates an “Abortion Practical Support Fund” that will collect funds for people that come from out of state for an abortion.

And there are a host of other Assembly Bills that California has passed in recent memory that make abortion one of the most easily accessible services in the state, including:

It’s a disgusting reality that our country has legalized abortion. It's an even more disturbing fact that there are men like Newsom that will spends millions of dollars from the state to make sure that it's done nearly without restriction and is readily provided to anyone, including non-Californians.

Newsom and California will have blood on their hands for generations to come.