Each year, the NBA holds a Rookie Transition Program (RTP) to help the new draft class get a solid foundation on how to deal with the numerous and chaotic challenges that come with being a professional basketball player. But this year, rookies were forced to hear the NBA shove it's woke agenda down their throats when the NBA decided to “educate” players on how to become involved in social justice causes. 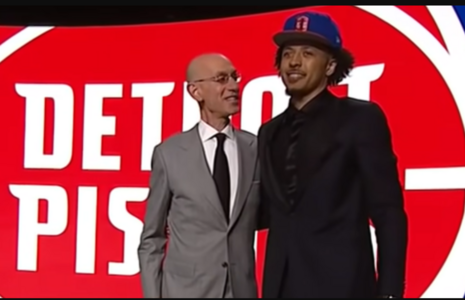 The social justice aspect of this year’s training involved a discussion on “how players could use their platforms to help effect change, and how NBA-led initiatives could assist them.”

NBPA Foundation executive director Sherrie Deans encouraged players to be vocal and relentless in their pursuit of the causes they champion: “There’s so many things that we just wouldn’t have gotten if we didn’t demand them and make people feel uncomfortable.”

Despite these comments from Deans, NBA senior vice president of player development Jamila Wideman said that the NBA will not plan on “encouraging” players to join these causes, but that his program helps meet “players where they already are.”

This statement implied that every rookie that comes into the NBA is already on board with supporting social justice causes and narratives … in the way the NBA sees fit. But we have already seen that the only thing the NBA cares about is pushing their woke agenda and ridiculing and shaming those who do not comply.

After Miami Heat center Myles Leonard – who is white – uttered a anti-Semitic slur in a Call of Duty livestream in March, the Heat announced he would be removed from the team indefinitely while the team conducted a thorough investigation into his comments and was fined $50,000. He was traded shortly thereafter to the Oklahoma City Thunder, who then waived him.

Leonard is currently not on an NBA roster.

While Leonard obviously was wrong to say something like this, it showed the level at which the NBA will go to expel those who do not conform to the message they want to present. Should Leonard have received punishment? Probably. But be out of a job? Absolutely not.

If one racist or “offensive” comment is enough to put you out of a job, then there are plenty of individuals in the NBA who should looking for work based off supporting racist groups or hate speech.

Los Angeles Lakers forward Lebron James called for a white police officer to be held accountable for … doing his job and protecting the lives of innocent people after shooting Ma’Khia Bryant in Columbus, OH. This incident came shortly after Derek Chauvin was sentenced to 22.5 years years in prison after killing George Floyd. James’ comment (which he sent in a tweet he later deleted) tweeted a picture of the cop with the caption, “YOU’RE NEXT #ACCOUNTABILITY.”

But James is still on a roster making millions.

Furthermore, Adam Silver has developed a strong relationship with China that has increased the NBA’s revenue by billions. But even though China’s regime dehumanizes and terrorizes it’s own people on a level few countries in the world do today, Silver is still the commissioner.

As you might expect, the new social justice curriculum in the RTP is nothing more than virtue signaling and an attempt to mask their Marxist agenda under the guise of pursuing something good. The NBA is not in the business of educating for the greater good, all they want is to appeal to the woke, left-leaning crowd to hopefully boost their revenue.

Sorry, NBA, but we’re going to have to call a foul on that play.