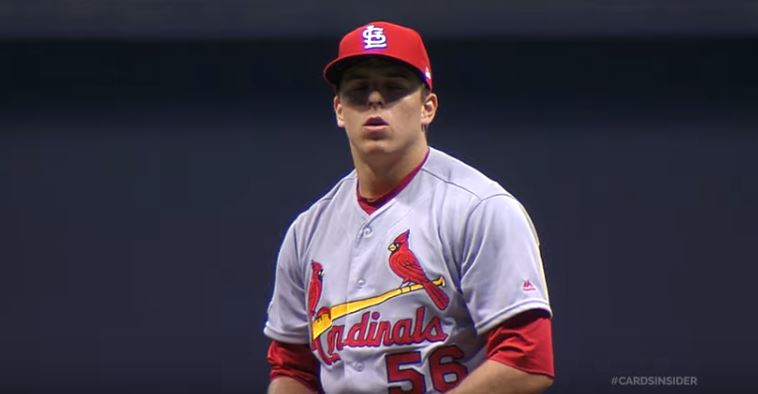 The Washington Post on Saturday continued its seemingly never-ending campaign against Indian imagery with a story on a St. Louis Cardinals pitcher who called the Atlanta fans' tomahawk chop "disrespectful." The Post frequently advocates against the Washington Redskins nickname, and with the Cards and Braves hooked up in a National League playoff series, writer Jake Russell lets St. Louis reliever Ryan Helsley pick up the anti-Native nickname drumbeat.

Helsley is a Cherokee Indian from Oklahoma who pitched briefly in Game 1 of the National League Division series in Atlanta. He had previously commented on the issue to the St. Louis Post-Dispatch, but the Post isn't a publication willing to let any anti-Indian nickname stories go to waste. Helsely told the Post-Dispatch:

“I think it’s a misrepresentation of the Cherokee people or Native Americans in general. Just depicts them in this kind of caveman-type people way who aren’t intellectual. They are a lot of more than that. It’s not me being offended by the whole mascot thing. It’s not. It’s about the misconception of us, the Native Americans, and how we’re perceived in that way, or used as mascots. The Redskins and stuff like that.

“That’s the disappointing part. That stuff like this still goes on. It’s just disrespectful, I think.”

The Washington Post has in recent years done two public opinion polls on the Indian nickname and mascot issue, and both showed overwhelming support for such names and imagery. Nevertheless, the Post keeps bucking public opinion by railing against nicknames like the Redskins and now against Braves' fans doing the tomahawk chop.

Russell notes that Helsley also told The Athletic that the chop “kind of devalues our Cherokee heritage and the Native American history.”:

“Us as Cherokee native people went through a lot in this country, and to have your ancestors used as a mascot, it’s more of a disappointment-type thing. It doesn’t make me mad or anything, it’s just like a disrespect-type thing. It shows less respect for the people, you know?”

Portrayed by Russell as the good guy against the tomahawk-chopping Atlanta fans, Helsley drew praise for giving back to his community by supporting a Cherokee immersion school. Helsley also said that pro sports teams with Indian nicknames lag behind high schools that ditched their Native American monikers.

The St. Louis Post-Dispatch story by Derrick Goold also addressed the Braves' nickname. When the Braves were previously located in Boston, the team took the Braves name from the logo of Tammany Hall, "the Democratic Party’s monster political machine" in New York. That logo was a Delaware tribal chief.

The “Tomahawk Chop” reached Atlanta many decades later when fans copied it from Florida State University Seminole fans. The Seminole Tribe of Florida gave written permission to FSU to use the chop and other symbols.

Atlanta supposedly took steps to end the tomahawk chop, baseball commissioner Rob Manfred told The Washington Post last February. But the official hashtag for the team this season is, “#ChopOn” and the chop is painted on the wall outside the team store at SunTrust Park. Helsley complained that it's everywhere in Atlanta.

Unfazed by the prevalence of Indian imagery in sports, the Washington Post persists in its opposition.