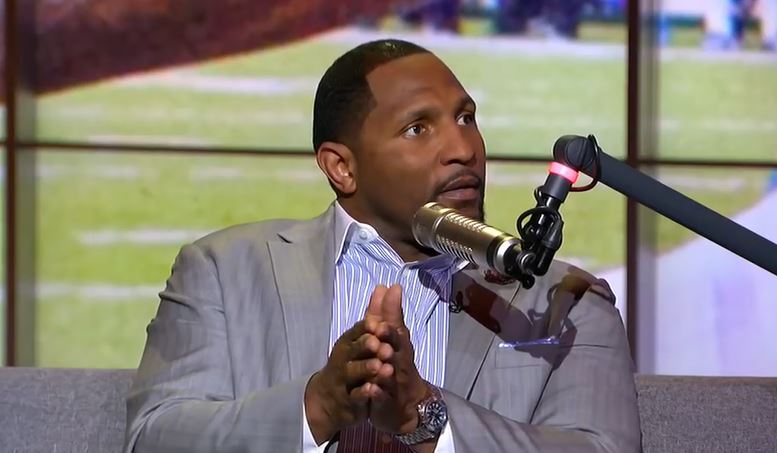 2018 was a Pro Football Hall of Fame induction year for former Baltimore Ravens' linebacker Ray Lewis. But the Awful Announcing blog shamed him for his faith, including him in its year-ender, "This Year In Hot Takes: breaking down the 10 hottest sports takes of 2018."

Awful Announcing related how, in the second week of April, it took the Christian Lewis to task for his criticism of Giants' receiver Odell Beckham Jr. while appearing on the Colin Cowherd Fox Sports 1 program. Lewis "uses every opportunity to talk about how religious and holier-than-thou he is. And he took that to a new level this week, going on The Herd and blasting the Giants’ Odell Beckham Jr. over religion." Here's what Lewis told Cowherd at the time:

“Where there’s no God, there’s chaos. Odell has removed God from his life. This is a kid who grew up under the covenant of who God really is. And everything that he’s doing, he’s crying out for help.

“…We have a lot of people reporting about it, but it’s always been the duty of elders to go back to help him. So that’s why I raised my hand. And I told him, ‘I’m here [for] whatever you need.'

Way over the top, writes Awful Announcing's Andrew Bucholtz. "Ah, yes, the man known for his guilty plea to obstruction of justice after the murders of two men really should be the life counselor to a man who has never been criminally charged with anything. (And let’s not forget the questionable supplements.) Hopefully Beckham can one day find the off-field stability Lewis is known for."

Bucholtz wrote in April that Lewis was a hypocrite for saying Beckham's life is in "chaos" because the flamboyant wide receiver has no criminal record, and that's more than Lewis can say. Lewis is merely promoting himself by saying "Beckham is only in the headlines because he turned down Lewis’ particular variety of Bible-thumping help."

Lewis also attracted media criticism for talking about his faith last summer during his Hall of Fame acceptance speech. Among the harshest critics was Chris Thompson of Deadspin, who called it "frothing madness."

Thompson jumped all over Lewis for passionately declaring that he loves his fellow man, his mother, his children and God. Thompson insisted "there’s an icky, uncomfortable quality of self-congratulation that turns them awkward" and chided Lewis for pinpointing sex-trafficking and a lack of prayer in school as among America's major problems.