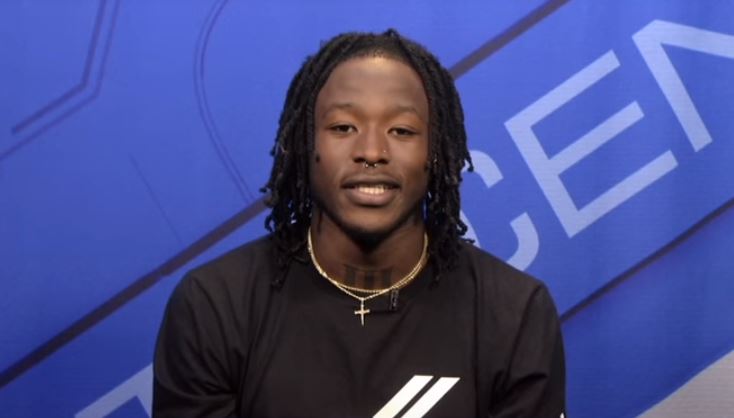 Yahoo Sports' Jason Owens leaves no doubt as to his partiality in the ongoing NFL protest controversy. He's against President Donald Trump, with Colin Kaepernick and definitely all-in with a brand new protest by the New Orleans' Saints SJW running back Alvin Kamara.

After contributing a paltry 24 rushing yards to the Saints 43-19 thrashing of the Washington Redskins on Monday Night Football, Kamara appeared for interviews wearing a San Francisco 49ers' shirt and a hat reading “Make Africa Home Again.” The shirt was a tribute to former 49er Colin Kaepernick and the bright red hat was clearly a knock-off of Trump's "Make America Great Again" hat. Owens just loved it.

The partial Yahoo writer said Kamara’s hat was meant "to take on the 'Make America Great Again'” hats popular among supporters of President Donald Trump. Trump has bullied protesting players and pressured owners to punish those who kneel, famously urging owners to 'get that son of a bitch off the field.'”

Liberals have demonstrated a pattern of using NFL protest stories to criticize President Trump. At the same time, they typically ignore fan disapproval of protests and the NFL's substantial loss in approval ratings. Owens reaches way back to July to unearth a Trump tweet about the national anthem controversy, one that had no bearing on what happened Monday night: 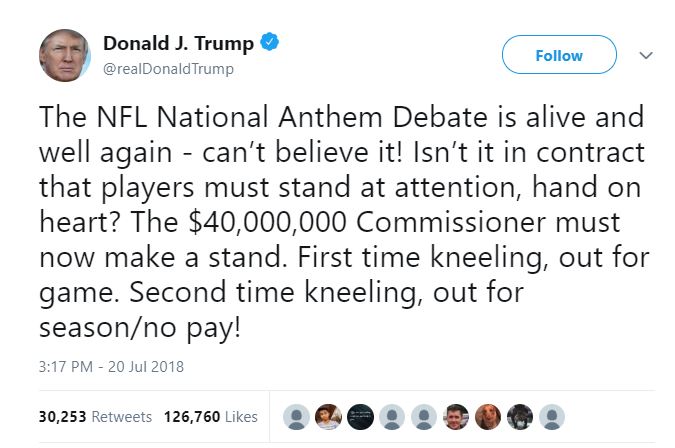 Owens further propped up Kamara's protest with this comment: "In a season where sideline protests of social injustice during the national anthem have been fewer alongside dampened controversy over the subject, Kamara’s is one of the most powerful statements yet."

Despite what's been happening competitively on the NFL's fields this season, Owens is impressed that "the underlying issues surrounding the social justice protests are still teeming." (At a greatly reduced level, to be truthful.) And, in Owens' opinion, Kamara’s hat/shirt statement Monday is a stark reminder that the issues originally raised two years ago by Kaepernick have not gone away. Owens further points out:

"As long as Trump is still president, Kaepernick doesn’t have a job and social injustice exists in the United States, athletes will be inspired to use their platforms to raise their voices."

In addition to Owens' strong support for NFL social justice warriors and his opposition to Trump, Yahoo Sports NFL posted a supportive tweet, too: 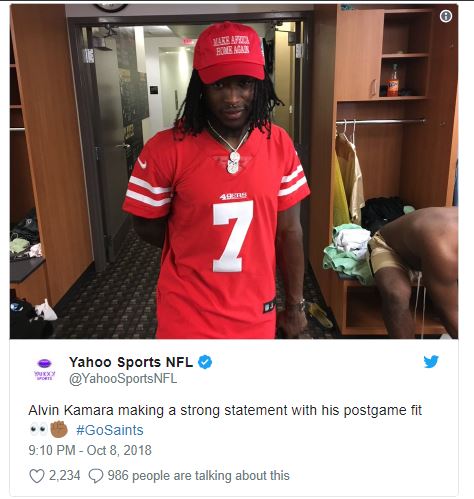 Among other media reports on Kamara's post-game attire, TMZ said he was "rocking" Kaepernick's old jersey. CBS Sports, UPI and Yahoo all linked Kamara's actions with Eric Reid's return to the NFL Sunday with Carolina, as the former teammate of Kaepernick again took a knee during the anthem. Laughably Complex's Spencer Lund made the statement that Kamara's actions were "lost amid" New Orleans' QB Drew Brees' breaking of the NFL record for career passing yards. Lund also wrote: "Kaep isn't on an NFL sideline, but what he stands for is."