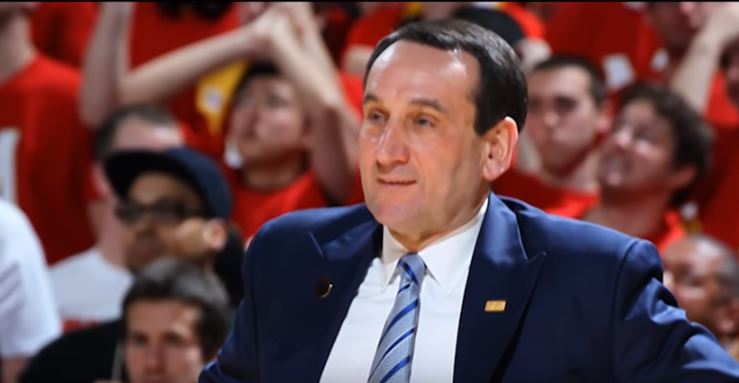 Fresh off the U.S. Olympic Committee's boasting of fielding a diversity-rich (if not medal-rich) team at the Winter Olympics comes a new report that college athletics are plagued by a lack of diversity. Veteran bean-counter and ESPN contributing writer Richard Lapchick recommends the NCAA intervene directly into the hiring process of colleges and universities, and race hustler Jesse Jackson labels the lack of African-American coaches and athletic directors in college sports unacceptable.

The son of Basketball Hall of Famer and member of the original Boston Celtics Joseph Lapchick, Richard Lapchick produced The Institute for Diversity and Ethics in Sport' "2017 College Sport Racial and Gender Report Card: (CSRGRC) Wednesday and called the results "again underwhelming."

"This was the lowest combined grade of all the racial and gender report cards for the second year in a row after falling from an overall grade of a B with 81.2 points in 2015. Also, college sport was the only area covered to have below a B for racial hiring practices."

Lapchick called for the NCAA "to act on its hiring practices when looking at the substantial gap in racial representation between head coaches and student-athletes." Katrice Albert, the NCAA's executive vice president for inclusion and human resources, said, "we have to work on changing the mindsets of those who make hiring decisions which ultimately changes the numbers."

The Rev. Jackson decried blatant racism, making up a new word in the process:

"My friend Dr. Richard Lapchick has again presented a tremendous and thorough examination of the unjust biases that exist within college sports. The 2017 College Sport Racial and Gender Report Card (CSRGRC) shows another year of unacceptable REGRETION, where the grades for gender and racial hiring practices within college ranks have decreased. The NCAA cannot avoid this ongoing injustice whereby a large majority of athletes on the field are people of color, and yet there is a severe lack of representation within the leadership of the various institutions in coaching, administration or other areas of sports management."

Jackson further said, "Our Rainbow PUSH Sports division stands with Dr. Lapchick in his continued quest for fairness and equality, and we anticipate having the opportunity to collaborate in the process of improving these statistics by creating more pathways of inclusion and advocating for greater diversity within the leadership and hiring practices of college sports."

Historically, Jackson's "pathways of inclusion" have amounted to financial shakedowns of alleged racists to make him go away. So the NCAA can buy a better grade. Or if happens to have a lucrative beer distributorship lying around, that could work too.

America's "plague" of whiteness in college sports, apparently evidenced by coaches like Duke's Mike Krzyzewsk (above photo), is just not going away fast enough. For as Lapchick complains, it's been more than 45 years after the passage of Title IX, and women hold less than 40 percent of coaching positions in women's sports. And, excluding Historically Black Conferences, 28 of 30 league commissioners were white! Only 10 were women, and neither of these figures changed in the past year. How can liberal university champions of diversity be so slow to act?

Delise O'Meally, executive director of the Institute for Sport and Social Justice, struck the same chord of despair in Lapchick's story. Her complaint is that the feeder pools for athletic director positions -- associate and assistant ADs -- are more than 85 percent white. Look on the bright side Delise, your "job" is safe for another year.

One glaring omission from this report on the problem with "excessive whiteness" in college athletics is the number of minorities who actually applied for coaching jobs and athletic directorships. How many complaints were filed by minorities with the EEOC on hiring discrimination? Without that information, the liberals' claims of unjust bias are clanging off the rim of credibility.