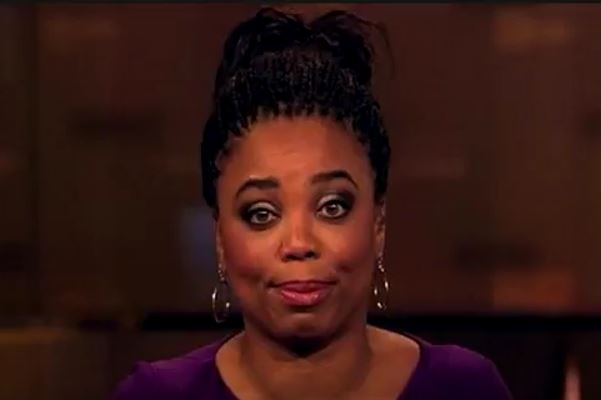 Setting the bar at street level, ESPN's Jemele Hill tweeted yesterday that President Donald Trump is a bigot and the worst president of her lifetime. ESPN responded to her unprofessional, unhinged rant with a public reprimand.

The comments on Twitter from Jemele Hill regarding the president do not represent the position of ESPN. We have addressed this with Jemele and she recognizes her actions were inappropriate.

Hill also took a thorough drubbing from several Twitter responders after she tweeted:

And while you can certainly criticize black ppl for supporting Dems, the other side has done nothing but endorse/promote white supremacy

Then she was off to the racist races: 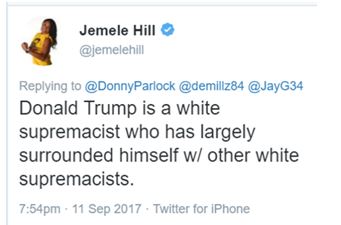 One wonders if ESPN is really all that concerned about Hill's meltdown. ESPN merely "addressed" it with her? That amounts to practically nothing in the way of discipline. Behind the scenes of this liberal media organization, in the halls of upper management, was there really any strong disagreement with what she said? It's a fair question.

Other ESPN personalities have been suspended or fired for far less. Curt Schilling was fired for supporting North Carolina's bathroom bill aimed at protecting women and girls from predators, and Britt McHenry was suspended for yelling at someone who was towing away her car. Hill has not been suspended, and she still has her job, though not many people are watching her and fellow left-winger Michael Smith perform what's been called a ratings bust.

ESPN's precedent is that if you go off the deep end from the Left side of the pool you get your wrist mildly slapped. But if you go public with conservative views, you get the hot pink slip and you're more likely to be sent packing when there are layoffs.