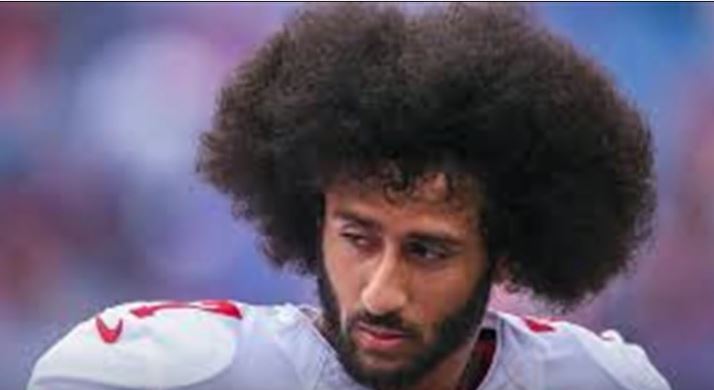 Continuing the well-worn left-stream media narrative on Colin Kaepernick, The Guardian's DJ Gallo wrote that three NFL teams have absolutely no excuse for not signing the baggage-laden free agent. Gallo asserted those teams are -- you guessed it -- blackballing Kaepernick and soon the NFL standings will punish them for not signing him.

Those three teams facing the wrath of Gallo are Jacksonville, Baltimore and Indianapolis. Gallo claimed:

Not every NFL team is actively blackballing Colin Kaepernick. But even in bending over backwards to give teams the benefit of the doubt – an Olympian task considering the NFL’s track record – there is also no case to be made that some teams aren’t. There are three cities in which Kaepernick can, and should, be starting in right now. Those teams are punishing Kaepernick for his decision to protest. Soon the standings will punish those teams for their decision not to sign him.

Like numerous writers griping about Kaepernick's lingering free agency, Gallo cited three common themes: the quarterback is better than many QBs in the league, players who broke the law are welcomed into the league while Kaepernick isn't and owners who supported Trump are also refusing to sign their man.

As for the "he's better than ... " argument, Gallo complained that Indianapolis, starting the season without the injured star passer Andrew Luck, "will likely open the season with the quarterbacking zero that is Tolzien at the controls, while team owner Jim Irsay has tried to ignore the Kaepernick question. One has to wonder if Irsay would sign Kaepernick if the QB had ever been arrested and charged with four felonies, like someone the Colts owner knows quite well."

That's a diversion that has nothing to do with who plays quarterback for the Colts. It's Irsay whom he's referring to as Irsay was arrested three years ago for drunk driving. Wow, what a great case that is for why Kaepernick should be a pro football player this year.

Gallo called the Jacksonville Jaguars on the carpet for the Trump argument. Their starter, Blake Bortles, "was reportedly in line to get cut, and team owner Shad Kahn, who donated $1m to Trump’s inaugural committee, even told a local radio station that he would 'absolutely' be OK with Kaepernick coming aboard ... . Somewhere between last week and now, the Jaguars front office decided they would rather lose than sign Colin Kaepernick," Gallo whines.

Lastly the Ravens, whose owner, Steve Bisciotti, passed on Kaepernick despite General Manager Ozzie Newsome's interest in him. Gallo extracted a pound of the owner's flesh for previously supporting Ray Rice (who punched out his wife, ending his career) and building a statue to Ray Lewis. "And so the Ravens will open the season with (Ryan) Mallett at quarterback, who will play horribly and lose, but play horribly and lose after standing for the national anthem. Congrats, Ravens!"

As for the "he's not a criminal like ... " argument, Gallo huffed that Kaepernick "can’t get a job in a league that supposedly only cares about winning and, to prove it, regularly hands jobs to men with dubious histories such as (Greg) Hardy, Adrian Peterson and Richie Incognito." All three have been in trouble with the law and/or the league.

Gallo also maligned the New York Jets and Buffalo Bills for not reaching the conclusion that Kaepernick makes sense for their anemic QB situations:

By signing Wenning – a quarterback objectively much worse at playing quarterback than the still jobless Kaepernick, the Bills are now grouped as in on the alleged league-wide collusion to keep Kaepernick unemployed.

Gallo sarcastically wrote the Jets "are openly tanking the 2017 season, so why bring in a QB who could help them win some games, thereby missing out on a top draft pick next spring?"

Like so many Kaepernick apologists who've pleaded their cases before him, Gallo never penned a word about why the man is a radioactive pariah. It doesn't enter their thinking that a gargantuan-sized element of NFL fans are angry with Kaepernick for spitting on veterans and police officers. These writers are wearing blinders and unaware that they are unaware.