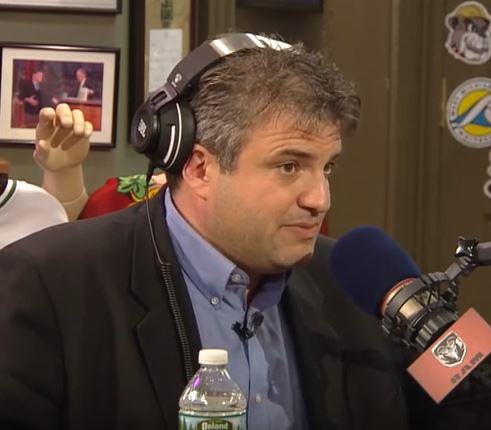 Planned Parenthood has formed its first alliance with a professional sports team -- the Seattle Storm of the WNBA -- and left-stream writer Dave Zirin is ecstatic about it. Though he couldn't be angrier at the people who don't support this scandalous organization, which is under clouds and clouds of suspicion for numerous wrongdoings.

Zirin writes for the blog, "Edge of Sports," which would more accurately be named "Center of Radical Left-Wing Lunacy." He wrote, "The move by the Storm is a recognition that Planned Parenthood is not only popular in liberal enclaves like Seattle. Despite years of demonization, it is viewed positively by a majority of the country and is far more popular than the illegitimate sexual predator who inhabits the Oval Office." (Fact check: Bubba Clinton was a predator in and out of the Oval Office).

If Zirin were better informed, he would look before he leaped into the topic of sexual predation. Bryan Finkel, who performed 20 percent of all the abortions in Arizona, is serving 35 years in prison for a conviction on 24 counts of sexual abuse of his patients. That's just one. Check out this list for more abortionists in the slammer for sexual abuse. Bad move, Dave Zirin, by bringing up the topic. What's more is the fact that Planned Parenthood has been hauled into courts in 10 states for refusing to report the rapes of under-age girls -- because it just wanted their money for doing abortions.

Zirin's "PSA" for PP included this from Dawn Laguens, executive vice president of the Planned Parenthood Federation of America, who had said to The Nation:

Access to birth control? Ever heard of Walgreen's? CVS? Discerning people are demanding Congress defund this ethically challenged outfit which is fleecing the taxpayers of millions of dollars through billing the government for products people never ordered (and double billing Joe Taxpayer when those unwanted products are returned). PP is also lying about services it does not provide, like mammograms and cancer screenings. It merely tells women to call someone else for those services.

Yet Zirin says it is pro-life organizations like Vitae -- which is partnering in a legitimate women's health ad campaign with the Kansas City Royals -- that spread "false and dangerous information about women's health." Here's another road, women's health, that Zirin really doesn't want to go down. If he were smart.

Zirin, who had the good sense not to approach the subject of PP illegally selling dead baby body parts, also slimes pro sports owners for not supporting the PP:

If they aren’t trying to shut down political athletes or wrest even more corporate welfare from cash-strapped cities, they are projecting the politics of hyper-militarism or hyper-corporate control. Pro-sports owners have given millions of dollars to the current occupant of the White House and he is rewarding them with ambassadorships—payback for greasing the greasiest palms we’ve ever seen in the Oval House.

No, again that would Bubba. You know ... the Clinton Foundation slush fund?

The one owner Zirin mentioned by name is Clay Bennett, "a man with politics somewhere to the right of Genghis Khan." Bennett moved the Seattle Supersonics to Oklahoma City, for corporate welfare, Zirin claims. His "operatives in Washington want to destroy" Planned Parenthood.

Later this month the Storm will hold "Planned Parenthood Night" to lend support, Zirin asserts, for this "besieged women’s-health organization. ... The move by the Storm is a recognition that women’s health is under attack and sports franchises—not merely athletes—can play a role in turning this around."

Not happening, Dave. All the athletes in the world can't help Planned Parenthood. It needs lawyers, lots of lawyers.