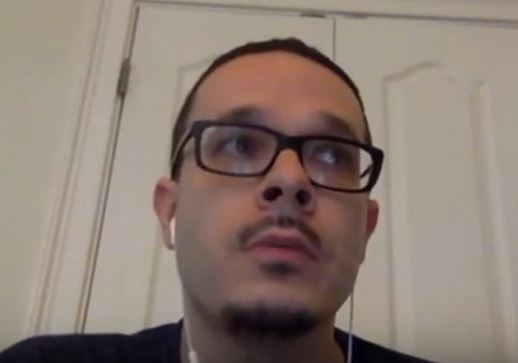 How bad is media bias on the subject of Colin Kaepernick? It's so bad that a newspaper writer is now boycotting the NFL because the controversial quarterback doesn't have a job. It's just another day in the life of New York Daily News senior justice writer and Black Lives Matter activist Shaun King.

King is a diehard football fan and NFL season pass customer who has until now "religiously" watched every single game. "It's an escape for me," he wrote on Tuesday. "Day in and day out, as I fight against injustice, watching a great game allows me to decompress from the stress of the cases I'm working on or writing about." He'll need to find a new outlet for his stress this year, all because Kaepernick offended millions of veterans, police officers and patriots by refusing to stand for the national anthem last season.

But I won't be watching the NFL this year. I can't, in good conscience, support this league, with many of its pro-Trump owners, as it blacklists my friend and brother Colin Kaepernick for taking a silent, peaceful stance against injustice and police brutality in America. It's disgusting and has absolutely nothing to do with football and everything to do with penalizing a brilliant young man for the principled stance he took last season.

When the Seattle Seahawks signed Austin Davis, with his QB-lite resume, over Kaepernick this week, that did it for King. For now, Davis will bear the brunt of his anger. "It's a disgrace," wrote King, who apologized for how hard he ripped into Davis. King wrote 321 words disparaging Davis, while practically nominating Kaepernick for the Hall of Fame. I'll spare you with a brief sample:

Last season, Colin Kaepernick -- in what may be seen as his most turbulent year ever -- threw three more touchdowns and eight fewer interceptions than Austin Davis has in his entire career in the league, but somehow, Colin Kaepernick still doesn't have job?

Then King blew a gasket, emptied both barrels on NFL owners and Trump voters and implied that Kaepernick is one bus seat short of Rosa Parks:

It's racism. It's bigotry. It's discrimination. Period. It's not football. Don't call it football. If you call the decisions by 32 teams to not sign this man a football decision, you don't know football and probably voted for Donald Trump. Nearly 100 quarterbacks -- 96, in fact -- are usually signed to teams in the NFL. That Colin Kaepernick is not one of them is disgusting.

After not signing him, Seahawks Coach Pete Carroll, seen as one of the league's foremost experts on quarterbacks, said he believed Kaepernick deserved to be a starter in the league. Somehow, though, the man can't find a single seat on the damn bus?

King raved about Kaepernick being a "good family dude" and good teammate. "Yet, in spite of playing all of his cards right, this man can't get a job in the league because he dared to speak out against police brutality and threaten the ridiculous fragility of the conservative white male fan base.

It's beyond King that Kaepernick actually played his cards poorly by deeply offending the nation during his contract year. And the writer/activist revealed that he's more worthy of the bigot label he throws at others.

Leaving no animosity on his keyboard, King then attacked singer Hank Williams, Jr. because ESPN is bringing him back this fall to sing his popular Monday Night Football song. "Let's not forget, Williams openly called Barack Obama Hitler, then a Muslim, and has gone on bigoted and homophobic rants since. Hank Williams, Jr. is basically Donald Trump with a guitar. He's a bigot. ... It's a spit in the face of every African-American fan, every LGBT fan, and everybody who despises bigotry and Islamaphobia. Hank Williams, Jr. and Austin Davis are employed right now and Colin Kaepernick isn't. Shame on this league for following Trump's lead in spirit, tone and now in actions. I'm appalled. As a lifelong fan, I'm deeply disappointed. What I do know is this -- I can't support this product.

That's a lot of hate heaping for a former Christian pastor! And now here's the kicker: King ends his three-alarm torching of the above targets by blaming his 10-year-old son for his decision to boycott the NFL!

Dad, we can't watch after what they've done to Colin and with all of those owners loving Donald Trump so much. I agree, son. We can't. We won't. This league does not value us. It hires hundreds of black men to play on the field until their brains and bodies break, but refuses to give those same men space to be fully human and stand boldly against injustice. ... As a leader in the Black Lives Matter Movement, as a voice in the resistance to Donald Trump, and as a friend of Colin Kaepernick, I cannot, in good conscience, support the NFL any longer. If I did, I'd struggle to look at myself in the mirror.

Now that a representative of the New York Daily News has admitted his contempt for a majority of Americans and elevated bias and activism over good principles of journalism, a boycott of this bigoted rag is more than justifiable.