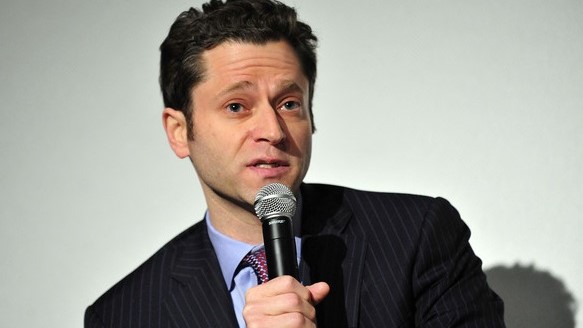 Who needs left-wing advocacy groups when ESPN will do the job for them at no cost? Jeremy Schaap, host of ESPN Radio's The Sporting Life, was once again a reliable ally for the LGBT agenda when he promoted the transgender movement in a recent broadcast about a high school wrestling champion.

Mack Beggs, a girl in Texas who struggles with gender identity, recently capped an undefeated season by winning a girls' state wrestling championship there. She wants to transition to the life of a boy, is taking testosterone injunctions and prefers to wrestle on the boys' team. However, Texas requires prep athletes to compete in high school sports according to the gender of their birth.

Schaap lamented that "Currently only 16 states and the District of Columbia allow transgender athletes at the K-12 level to compete according to their gender identity without any medical requirements, the method recommended by LGBT advocates."

The ESPN broadcaster historically touted the LGBT agenda rather than report objectively on such controversial issues. The issue of the effect of taking hormones on the fairness of competition was not a serious issue.

ESPN's Tisha Thompson interviewed Beggs and her mother during the report. She said her daughter made the decision to transition in the eighth-grade and began testosterone injections last year.

"Mack never felt comfortable as a girl," the mom said. "When he was five, he asked me why God gave him girl parts. I felt guilty, I could have recognized this earlier."

Beggs told Thompson he had been suffering from gender confusion. "I couldn't figure out my identity. It got pretty dark in seventh-grade. I would feel like I need to kill myself sometimes, but told myself you can't do that. I would do self harm, cut my wrists and my hips."

Her mother put her in the hospital, but Beggs never got any psychological attention for her gender confusion. She wrestled on the girls' team this season, went 56-0 and easily overpowered all the other girls to win the state title. There were boos and opposition along the way. Still, she wants to be a boy and wrestle as a boy in the future.

quot;Wrestling saved me," Beggs told Thompson. "Along with the pep talks I gave myself  and the great support system around me. Maybe I was born this way for a reason: to help trans kids, to be the best athlete I want to be, to live my life like I want to."

Unconscionably, neither Thompson nor Schaap mentioned anything about the alarming suicide rate plaguing the gender confused. That rate is 25 times higher than the general population. Many adults who underwent sex changes now regret having done so, as well. ESPN's only concern is the LGBT agenda and social engineering efforts to turn gender norms on their head -- not the best interests of those struggling with their gender identity.

According to Dr. Paul McHugh, the former psychiatrist-in-chief for Johns Hopkins Hospital, transgenderism is a “mental disorder” that can be treated, sex change is “biologically impossible” and the people promoting sexual reassignment surgery are promoting a mental disorder.