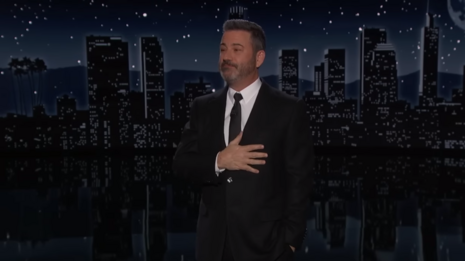 Kimmel remarked, “Speaking of head injuries, polls are showing Herschel Walker in a dead heat with the incumbent Senator Raphael Warnock in their runoff.”

That’s really funny, considering Democrat John Fetterman had a stroke, and Joe Biden has had two brain aneurysms. But Kimmel would not dare mock those misfortunes.

This monologue is not the first occasion that so-called comedians have gone after Graham’s sexuality. According to NB's Alex Christy, on MSNBC, after Graham supported a 15-week abortion bill, “Panelist and comedian Judy Gold accused Graham of supporting the bill because ‘he’s never seen a vagina’ or ‘seen a naked woman.’”

Instead of Gold’s fellow panelists condemning her for her crude comedy, they “erupted in laughter.”

When will Kimmel and the left officially lose their label of being tolerant and loving liberals? They are hateful and mean-spirited to anyone who disagrees with them. They are bullies.