May we criticize an individual without being assumed to be prejudiced against their entire ethnic group? 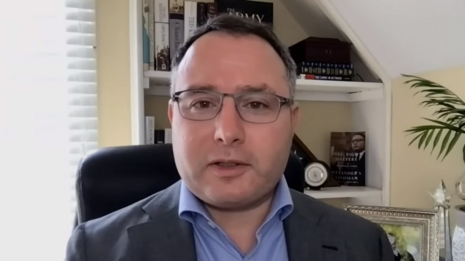 Evidently not. Especially if you are an enemy of the left like Elon Musk is.

Retired United States Army lieutenant colonel Alexander Vindman happened to be the most prominent account posting a copypasta (text that is copied, pasted, and shared on the Internet) that said, “Kinda weird that @elonmusk gets to decide how like a half-billion people communicate. Way too much power for one erratic individual to wield, don’t you think?”

Elon Musk criticized Vindman, tweeting, “Vindman is both puppet & puppeteer. Question is who pulls his strings … ?”

In the aftermath, Musk was slandered as an antisemite, despite it being unclear whether he even knew Vindman was Jewish.

This tweet was copied, pasted, and posted by many Twitter users. So in that sense, Vindman is the puppeteer. In another, he is a puppet for tweeting a sentiment that aligns perfectly with the mainstream narrative.

None of this has anything to do with Vindman's ethnicity/religion.

But that did not stop Congressman-turned Reply Guy Adam Kinzinger from quote tweeting and asking, “You mean, like, the Jews or something?

Is that what this is?”

You know what they say about people who make assumptions ...

Additionally, Jerusalem Post insinuated Elon Musk might be an anti-Semite: “Musk's tweet – deliberately or not – evoked an antisemitic trope that Jews are puppeteers who secretly wield power over various institutions or that they are puppets of the Israeli government.”

Sheesh, what ever happened to the benefit of the doubt? The modern left definitely does not believe in that. Guilty until proven innocent.

People in politics are called puppets/puppeteers all the time, Jewish and not. Vindman has entered the political arena, and it is reasonable to expect he will face those labels. Being a specific religion/ethnicity should not make him exempt from it.