Just when you thought People for the Ethical Treatment of Animals (PETA) couldn’t get any more crazy, they decide they would be doing our furry friends an extreme disservice if they didn’t make a few entries into the Newspeak dictionary.

In a Twitter post that has quickly gone viral since its Nov. 4 posting, PETA implored its followers to nix from their speech everyday phrases that infuse our language with disgusting “speciesism.” Safe alternatives were offered: For example, PETA suggested that instead of the revolting “Kill two birds with one stone” phrase, one ought to say “Feed two birds with one scone.” How enlightening. 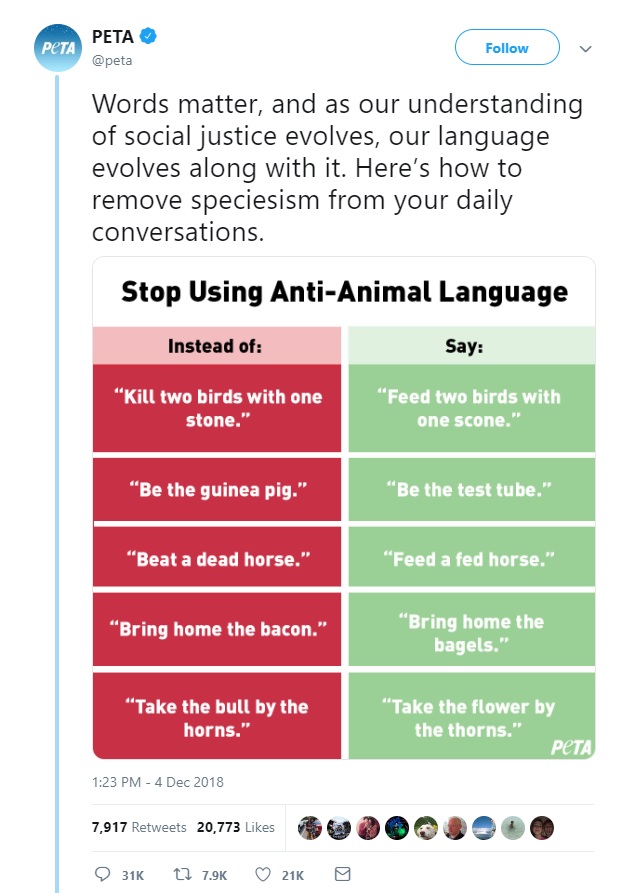 Just a glance serves as a reminder that PETA really isn’t about ethical treatment or animals, but provocation.

But instead of just leaving their obvious troll’s work for the internet to enjoy, the organization later published another tweet criticizing the heartless “haters” who had treated their joke like a joke: 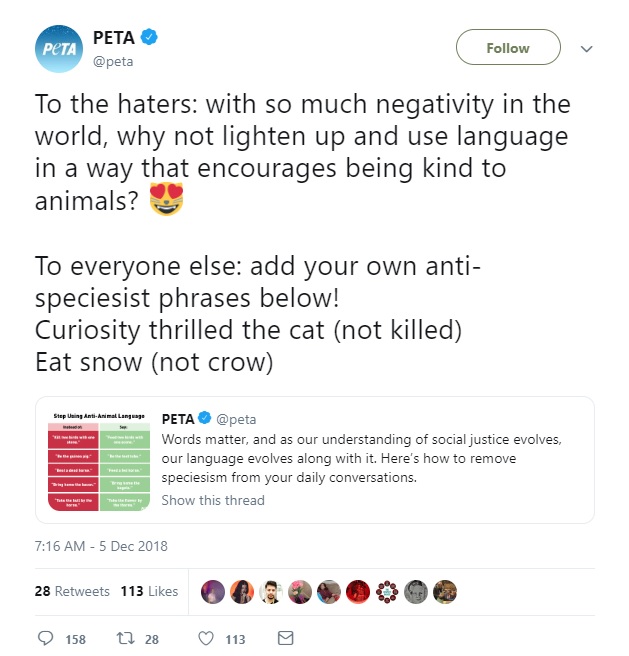 One could go on about how ridiculous this is, but that would be to beat -- er, feed a fed horse.