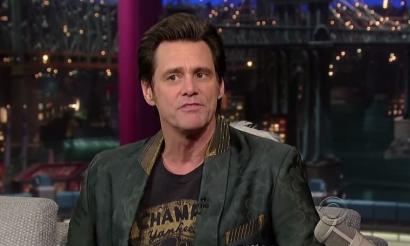 With his new moonlighting in political cartooning, Jim Carrey has donned the perpetually angry, sullen mask of the celebrity leftist horde. Previously, he has used his crude marker drawings to condemn conservatives such as Lindsey Graham and Rudi Giuliani, but his most frequent target by far has been President Trump.

Huffington Post’s Ed Mazza reported on Oct. 25 that Trump again played the subject in Carrey’s latest work, which the actor introduced via his Twitter account. And, like his past masterpieces, Carrey’s followers would be at a total loss for interpretation had he not provided them with the tweet.

The hasty orange/red lines and green mass in the middle were done too much honor by HuffPo’s Mazza, who called the piece an “Incendiary New Portrait” which “Turned Trump’s Mouth Into Explosive Device.”

But far more disturbing than the leftist media’s willingness to praise mediocrity in service of politics was Carrey’s explanation: “Make no mistake, these terrorists were encouraged and emboldened by the hate speech of Donald Trump” reads Carrey’s tweet. You know, the hate speech which people still “have yet to find” on tapes of The Apprentice and apparently occurs any time the President dishes back an ounce of the vitriol that’s thrown at him 24/7: from the media, past presidents, celebrity activists, and anyone else struggling to remain relevant.

And Carrey tops it off with the line that activists so often use to force bystanders into service: “If you can’t see the clear menace of this man’s influence by now then you are a part of it.” Essentially, “Silence is complicity, so demonstrate with me or else.”