The new Murphy Brown reboot is reportedly adopting the formula of SNL and every late night comic these days. 1.) Antagonize Trump, 2.) Enjoy media approval and buzz. and 3.) Hope Trump takes the bait and and publicly insults the show, further increasing media buzz and approval. But because those media are designed to be reliant on the attention of enemies to remain popular, it’s about as creative as a kid poking another kid with a stick in the hopes of triggering a whine for the amusement of the other kids. 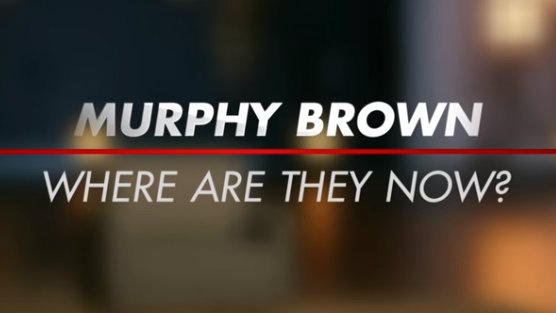 Whether real people want to watch the poking remains to be seen. The Murphy Brown revival premiere is slated for this Thursday, Sept. 27.

The original episodes in the ‘80s and ‘90s followed a fictional news magazine staff (led by the titular female reporter) tossing criticisms at establishment figures, usually conservative, through various misadventures. The impact of the old series hinged on a family-values spat that the old cast engaged in with former Vice President Dan Quayle in 1992; the dispute earned the very prestigious 81 spot on E! Channel’s “101 Reasons the 90’s Ruled.”

The target of the show’s second incarnation will obviously be President Trump and his administration. TV Guide told us back in August that creator Diane English “was even more motivated” to refire the series after Trump “started attacking journalists and free speech …” English also verified the series would still try to influence real life, saying “We always tried to blur the lines between fiction and reality...The press and first amendment are not the enemy of the people.” Huh, blurring the lines between fiction and reality. I think English has an excellent understanding of what our mainstream media is up to.

What English doesn’t have an understanding of is humor that has broad appeal. She told Entertainment Weekly this week that Murphy Brown will essentially be bias confirmation for liberals: “We’re not courting [conservatives]...We don’t think we’ll get them as viewers.” Newsweek also reported on Sept. 26 that English poured significant sums into Hillary for Humanity, a pro-Clinton PAC.

And actress Candice Bergen, who will be reprising her role as Ms. Brown, is clearly aware of the show’s dependence on pushback from conservative policymakers, relating to TV Guide in May that she is “hoping so much for a comment” from Vice President Mike Pence. Retreaded situations within retreaded shows apparently get Bergen pretty excited.

Surprisingly, some on the left already find the approach heavy-handed and stale. Rolling Stone’s Alan Sepinwall, who had an advance screening of the first three episodes, wrote that there is a “sense of preachy self-importance that permeates the entire revival,” bestowing just two stars on the show.

Given what we know, those who await the premiere on Thursday will probably be treated to a last-ditch effort to defend the nation’s media masquerading as a mediocre sitcom.