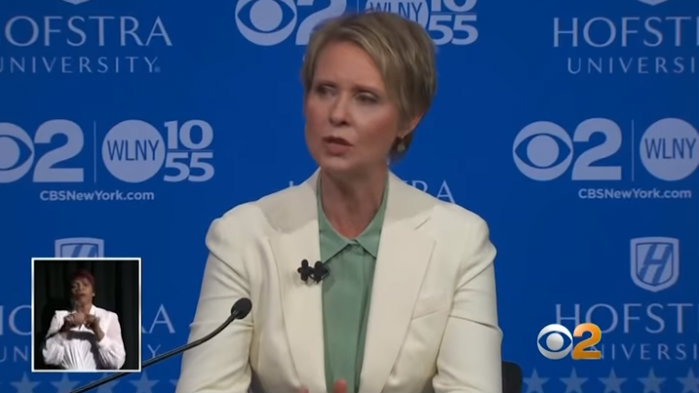 Anyone who follows politics is no stranger to hearing “Money is withering this country’s political discourse!” “All of the publicity is in the hands of a concentrated few!” and, of course, “I am the 99%!” These mantras, propagated by leftist establishment media, have been lobbed at conservatives since time immemorial.

As if to disprove a theory it likely espouses itself, Newsweek reported Sept. 11 that T.I., the celebrated rapper of Blurred Lines fame who weighs in at a $50 million net worth, enthusiastically took to Twitter to express support for actress Cynthia Nixon (worth $60 million) in her run for governor of New York. The reason: Nixon plans to legalize marijuana, calling the issue one of “racial justice”.

Everyone is wise to the fact that celebrities tend to support far-left Democrats and Democratic socialists – and that clearly wasn’t the focus of the piece. It was instead an attempt by writer Kelly Wynne to portray T.I. as an keen political activist, a conclusion that could hardly be drawn from both T.I.’s tweet and the context behind it:

I have no idea who this brilliant lady is...But she’s invited to my next bbq/family gathering and if she’s running for anything...ANYTHING I SAY..She’s got my vote!!!Right on to the Righteous Decent White People out there,using their privilege to make a difference!!!#USorELSE pic.twitter.com/lZkV7K1cIe

To begin with, despite the vigor of his endorsement, T.I. will not be able to vote for Nixon in the New York gubernatorial election as the rapper hails from Georgia. Also, a mere whiff of Nixon’s full platform was enough to send him raving: the video T.I. attached to his tweet was an assortment of Nixon’s speaking points only on marijuana.

The star concluded with, “Right on to the Righteous Decent White People out there, using their privilege to make a difference!!!” T.I. is spot-on in his acknowledgement of Nixon’s status, but one wonders why he didn’t mention using that same privilege to better New York’s schools, increase economic opportunity in disadvantaged areas, or quell the state’s soaring cost of living. What kind of “difference” is he referring to?

But Newsweek’s Wynne tried to paint a rational tint over the rapper’s words, justifying T.I.’s warped politics through Nixon’s claim that “effectively marijuana...has been legal for white people for a long time, and it’s time to make it legal for everybody else.” Nixon adds that to her collection of other far-left policy preferences, including the abolition of ICE and universal rent control.

Lena Dunham and Alec Baldwin additionally on the Nixon train, chances are this will not be the last “ludicrously rich celebrity backs Democrat over extreme policy proposal” headline we will see during this election cycle.