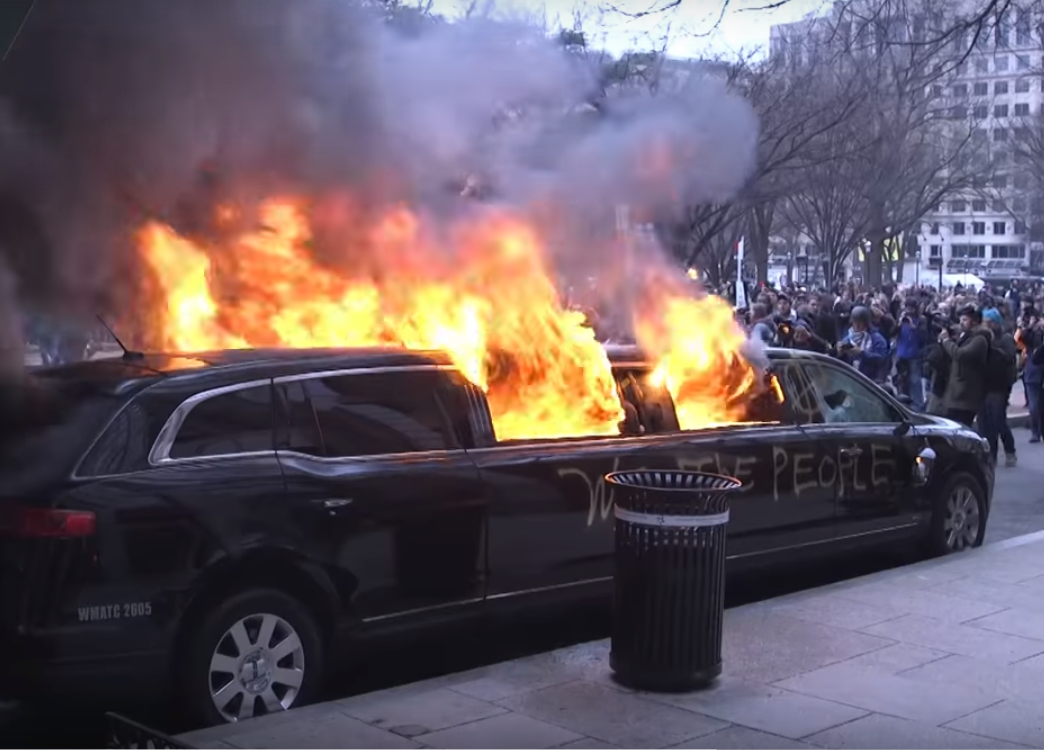 Inspired by its recent internal struggles, Univision has decided to promote anarchy among the American public.

On June 25th, the Univision-owned news site Splinter published an article by senior writer Hamilton Nolan with the headline “This is Just the Beginning.” Commenting on the recent Sarah Huckabee Sanders restaurant incident, the notoriously malicious Nolan condoned the action of the Red Hen owners and promoted attacks against the current administration that are even more radical.

Framing his words under a picture of a burning limousine, Nolan ridiculed Trump and his employees.

“One thing that people who wield great power often fail to viscerally understand is what it feels like to have power wielded against you,” he insisted.

According to Nolan, the problem with Sanders and her fellow “fascism-enabling friends” is that they are “ruining people’s lives” while attempting “to insulate themselves from those costs.” In other words, the outrage over the press secretary’s ill-treatment was totally unfounded because, just like Stephen Miller, she got what she deserved. (Stephen Miller was doxed last week by Splinter.)

“A well-designed political system would have a built-in feedback system,” wrote Nolan, in order that “those making the decisions are also subject to the consequences of those decisions.” Apparently the problem with America is that “we have nothing like this feedback mechanism.” It seems like somebody should ask Nolan if he ever realized the purpose of the American election system.

To remedy this problem, Nolan said this treatment of political figures should become more aggressive. “The day will come,” he warned, “when Trump administration officials will look back fondly on the time when all they had to worry about was getting hollered at at a Mexican restaurant.” It seems like threats are now the mode of operation for liberal journalists.

Apparently Nolan would prefer a country in which the citizens “decide to f***” the lives of government officials instead of following the rule of law and electing them out of office when the time comes. The American system hasn’t worked for him. He needs a country that runs off of anarchic rule of force.

This attitude, however, should not be too much of a surprise. Nolan has a history of being narrow-minded and extreme. Back in 2017, as an employee of billionaire Haim Saban, he wrote an article calling on citizens to attack people that “have too much” by ruining their property. “People have a right to life and safety, but property does not,” he claimed.

Under his current claims, however, it seems now that people do not even have the right to safety.