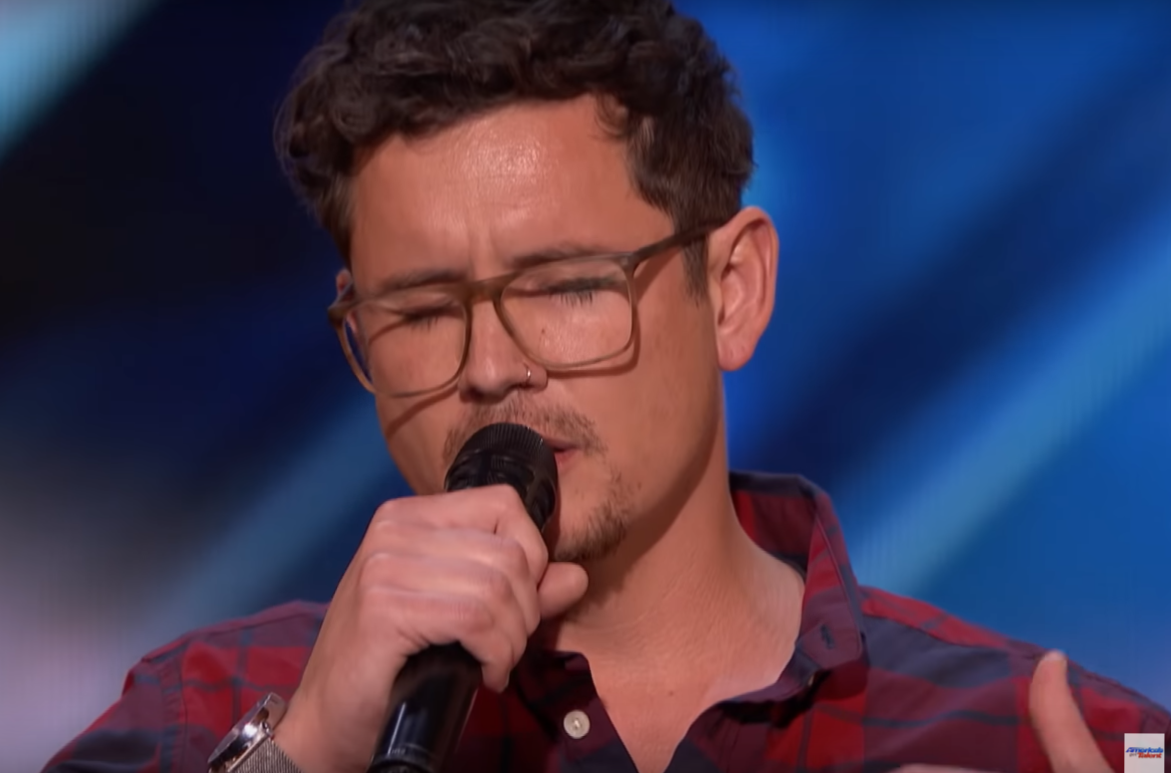 It’s not every day you have an outspokenly God-loving Christian on America’s Got Talent (or any entertainment show for that matter). On top of that, imagine him getting the coveted golden buzzer that pushes him straight to the live rounds.

On Thursday, June 5th, America’s Got Talent [AGT] aired its second episode of the current season in which the notoriously critical judge Simon Cowell used his golden buzzer on Michael Ketterer – an initially very nervous contestant. But he didn’t need to be: his song has since gone viral with more than two million YouTube views.

Ketterer blew the judges away with his performance on the show, singing an ovation-worthy rendition of Bee Gees' "To Love Somebody." As Cowell said after Ketterer finished, “when we find singers on these shows … sometimes, for me, it's just about being real and a surprise.” But Ketterer’s voice wasn’t the only thing that came as a shock. When asked what his reason was for being on the show, Ketterer responded, “Well…my family’s my reason why I’m here. My wife and my six children.”

Ketterer is a mental health pediatrician from Orange County. California. He and his wife Ivey are strong Christians who, in addition to their one biological daughter, adopted five foster children. God has played an important part in the couple’s role as parents.

“Through the process of adoption, it has taught us so much about the Father’s heart,” Ketterer said in a video posted by Influence Music. “He is not afraid of our brokenness. It doesn’t matter what we are or what we face. He is going to see us through.”

Inspired by God, Ketterer is dedicated to providing his children with a life in which they are “free to dream,” as he said on the show. This is particularly meaningful for Ketterer, considering he encountered hardships at a young age.

“My relationship with God has also carried me through some very tough situations, including my father leaving and my mother’s bout with drugs,” he told Sharefaith in an interview. “God has always been with me, even at the young age of 6 I knew him, and I am still in absolute love with Him today.”

Ketterer, by competing on AGT, is pursuing his dream of performing Christian music. Previously he lived in Knoxville, Tennessee where he was a part of a Christian music group called United Pursuit for which he produced several albums. Having moved to California, he is now part of Influence Music, “a faith-based record label and artist collective birthed out of Influence Church in Anaheim Hills.” The group just debuted an album on May 25th called “Touching Heaven” in which Ketterer took part. His fellow musical companions are also “so proud of our artist Michael Ketterer and his participation in America’s Got Talent season 13,” according to their website, which concluded that “AGT would not be the same without Michael Ketterer and his beautiful family.”