BBC: Most of Our Employees Are Bigots Who Need ‘Bias Training’ 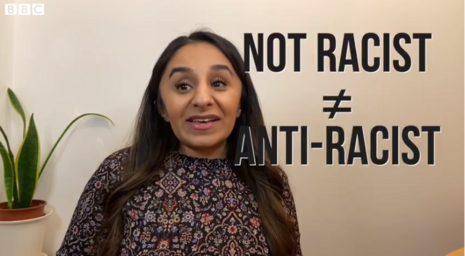 The vast majority of BBC employees are horrible bigots in need of an intervention from trained Big Woke professionals. What else can one conclude about the BBC’s newly released Diversity and Inclusion Plan for the next two years?

The plan includes mandatory unconscious bias training, encourages voluntary reporting of employees’ social class and sexual orientation and offers ambitious short-term quotas based on race and gender. Not creepy at all.

The BBC will require 95% of its employees to take an unconscious bias training course in order to help staff “develop self-awareness” and gain an “understanding of the impact” they have on fellow employees.

The company is also conducting a company-wide “staff diversity census” with the aim of increasing “diversity declaration rates.” The plan enthusiastically points out that the survey will “for the first time capture non-binary or non-conforming identities.”  The BBC also hopes 80% of staff members will declare their social class background and that 50% of LGBTQ+ employees will be “out” to their managers by 2023. More than likely all three of these unsolidified categories will become target quotas in the next couple of years.

Although they admit that class declarations are a “relatively new area of best practice” the company makes no attempt to explain how it will avoid classism in the recruiting and hiring process. Similarly, BBC does not outline how it will know whether 50% of LGBTQ+ employees have come out at work. Unless diversity sleuths resort to stalking, assuming, or pressuring declarations, the company would likely only know the staff members’ sexual orientation if they were already “out” at work.

The BBC also aims to meet a 50:20:12 goal in its recruitment practices; that is 50% women, 20% Black, Asian and minority ethnic (BAME), and 12% disabled. Female representation, which has remained relatively static over the last five years, will increase by 1% a year. And BAME numbers would need to increase twice as fast as they have over the past five years. All of these changes are intended to increase the number of staff members who identify as women, people of racial or ethnic minorities, disabled, lower class, or LGBTQ+ and to raise up role models who fit each category with the hope of attracting more people to work for the BBC.

The media giant has already received some backlash on Twitter for its mandatory unconscious bias training, because many Britons have apparently seen this movie before. In December the U.K. Cabinet Office announced that it would phase out the useless practice in the Civil Service. According to the Behavioural Insights Team for the Government Equalities Office, the announcement claimed, “there is currently no evidence that this training changes behaviour in the long term or improves workplace equality in terms of representation....” In fact, the commission found that these trainings could have “potential for backfiring” because they “suggest [sic] stereotypes and biases are unchangeable.” Even so, BBC persists in its push for such nonsense in its workplace.

In another shocking way of spending your £157.50 BBC Director General Tim Davie is to make 95% of its staff take "unconscious bias" training. There's no evidence it works. Everybody is biased (including Davie) and personally I embrace it. So I suspect do you. #DefundTheBBC

24/2/2021 BBC Diversity Directive says 95% of staff will get ‘unconscious bias’ training...BBC, note BBC report 15/12/2020 stating that the government had ’scrapped unconscious bias training, saying it did not work’. This racial insult must stop.#BBC pic.twitter.com/Tg8W57fulx

In the meantime, the BBC is junking up its programming with irrelevant diversity add-ons. ‘Ski Sunday’ crammed in a racial guilt-tripping lecture. The BBC website also ran three articles in the last week on racial diversity in skiing/snowboarding, women’s soccer, and among tech entrepreneurs.