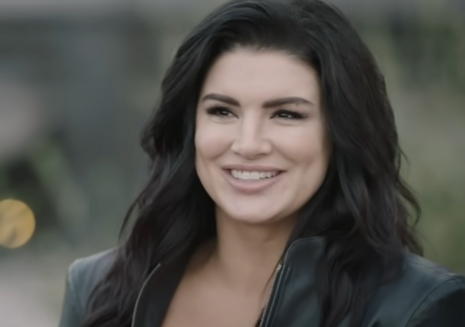 Just two days after Lucasfilm fired Gina Carano, star of Disney+'s popular Star Wars spin-off The Mandalorian, for her outspoken conservative political views, the Daily Wire announced a new movie in the works starring and produced by Carano herself.

Over the last year Carano ruffled feathers when she criticized the lockdowns, supported stronger voter ID laws and mocked the trend of pronoun listing. Earlier this week, Carano shared a since deleted Instagram post alluding that dehumanizing a single group, like conservatives, can gradually escalate to horrifying ends like the Holocaust. The post was labeled anti-Semitic and Disney's Lucasfilm decided to fire her. According to a Lucasfilm source for The Hollywood Reporter, they had been “looking for a reason to fire her for two months” but her Instagram post was “the final straw.”

Disney’s loss was the Daily Wire’s gain. In Friday’s episode of his radio show, Ben Shapiro explained that after hearing she was fired he immediately reached out to Carano to gauge her interest in a Daily Wire production. Carano, of course, accepted.

The former Disney actress told Deadline that the new production presents a real career opportunity for her, “The Daily Wire is helping make one of my dreams — to develop and produce my own film — come true. I cried out and my prayer was answered.” she said. “I am sending out a direct message of hope to everyone living in fear of cancellation by the totalitarian mob. I have only just begun using my voice which is now freer than ever before, and I hope it inspires others to do the same. They can’t cancel us if we don’t let them.”

Although the Daily Wire has released few details, Shapiro expressed their enthusiasm for the project. “This is what Daily Wire exists to do: provide an alternative not just for consumers, but for creators who refuse to bow to the mob,” he said. “We’re eager to bring Gina’s talent to Americans who love her, and we’re just as eager to show Hollywood that if they want to keep cancelling those who think differently, they’ll just be helping us build the X-wing to take down their Death Star,” he added.

Carano is set to work with producer Dallas Sonnier and his company, Bonfire Legend, which produced the Daily Wire’s first film Run Hide Fight last month. Despite Twitter trolls claiming Carano is “mentally unstable” or that she has “learned nothing,” many Daily Wire supporters and subscribers have already shown excitement on Twitter with #GinaCaranoIsUncancelled:

I was already on the monthly subscription but because of this, I upgraded to the yearly plan! Can't wait for my Leftist Tears tumbler. Congrats to all involved! #ThisIsTheWay #GinaCaranoIsUncancelled @benshapiro @realDailyWire @ginacarano https://t.co/Es8oL9s3mi

Now that the Daily Wire has shown itself to be a safe haven for Hollywood's talented blacklisted conservatives, it will be interesting to see who else will want to work with them and what kind of art the company will produce. It seems much is in store for the company's budding movie-making adventure!