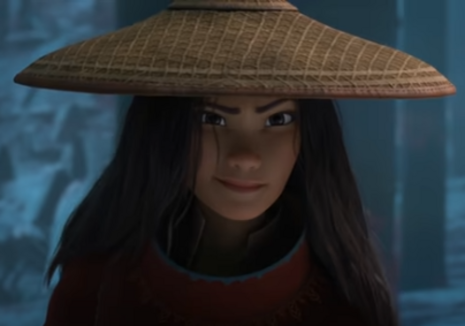 On Tuesday, Jan 26, Disney dropped the second trailer for “Raya and the Last Dragon” and the movie is once again generating a lot of controversy. While some fans are excited to see a movie portraying South East Asian culture, others criticize Disney’s inattention to which region of Asia its actors are from.

Based on South East Asian traditions, Disney says the fantastical story is set “in the fantasy world of Kumandra” which is endangered by monsters. Although 500 years ago dragons had protected the humans, only one remains alive and it is up to young Raya to “track down the last dragon in order to finally stop the [monsters] for good.”

Besides the film’s starring Vietnamese actress, Kelly Marie Tran, (known for her role as Rose in Star Wars) nearly all of the cast are East Asian (Chinese and Korean). Although “Raya and the Last Dragon” was written by South East Asian-American screenwriters, Adel Lim (Malaysian) and Qui Nguyen (Vietnamese) and its lead actress is of South East Asian descent, Disney’s Representation effort just wasn’t enough for some people.

"I am actually very conflicted about the new Raya and the Last Dragon casting. I love all those cast members," said one Twitter user. "But basically everyone, except KMT is East Asian. Imagine how big it would be if they actually casted Southeast Asian actors. SE Asian actors are sorely lacking in Hollywood."

Another user, Laura Siriku, commented, “Listen, I'm all for Asians playing other Asian ethnicities, but the roles of Southeast Asians have been little to none,” she said. “With #RayaAndTheLastDragon celebrating Southeast Asia, I feel like it'd be a huge moment to have SEA being able to play their own heritage.”

Several others have possibly more legitimately complained that the world of Kumandra and Raya’s story are based on a collection of South East Asian cultures. Unlike nearly every other Disney Princess, Raya is not based on the unique culture of a single country but rather a region with vast cultural diversity.

Each country under South-East Asia is very unique. You cannot walk up to us and say a person from Thailand is the same as a person from Indonesia. We speak different languages and have different customs. This movie represents no one in particular.

According to The Hollywood Reporter, the filmmakers heavily researched and visited many regions of South East Asia including Cambodia, Laos, Thailand, Vietnam, Singapore, Indonesia and the Philippines. No doubt the fact that screenwriters Lim and Nguyen come from two different South East Asain countries had an effect on the mixing of these very different cultures. But Nguyen defends their artistic decision as paying tribute to the old while also creating something entirely new. In an exclusive interview with Slash Film Nguyen explained:

I often equate it to like Excalibur. Like to the Arthurian legend or like Game of Thrones where they’re pulling it from a lot of European things, not specifically Britain or Ireland or anything like that, it’s kind of a melting pot of European stories. It was such a pleasure to be able to create our own legend, our own fantasy, our own hero, based on cultures of a certain land and the whole movie, the theme of it, is about different people coming together.

The movie will premiere on Disney Plus on March 5. Luckily for Disney the movie has simultaneously generated plenty of excitement from fans who not only want to appreciate other cultures on the screen, but shockingly just want to enjoy a great movie.