One pair of former Victoria’s Secret top models are taking the fight to groupthink, which is crazy because what kind of pop culture fixture such as a supermodel goes against the grain on vaccinations? Supermodel Doutzen Kroes apparently, and her good friend, model and wife to Tom Brady, Gisele Bundchen, is defending her freedom of choice in the matter. 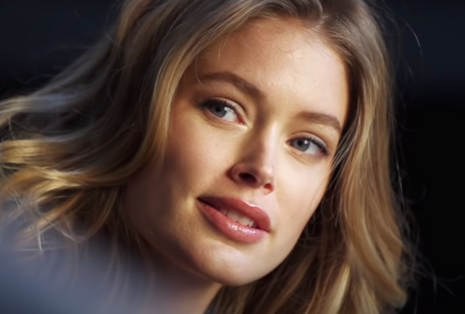 Kroes, the Dutch beauty who became one of the world’s top supermodels through Victoria’s Secret in the early 2010s, angered the pro-vaccine community on September 17 with an Instagram post indicating that she is against Joe Biden’s vaccine mandates. Oh and she also mentioned she will not be taking the vaccine either.

Kroes added, “Freedom of speech is a right worth fighting for but we can only solve this united in peace and love! Pass on the torch of hope and love and speak your truth.” Yeah take that, vax harpies! Basically Kroes stuck it in the collective eye of the medical tyrants.

Of course the vax-obsessed on social media went after the model in a fury. How dare she, with all her power and influence, try and shake people off the narrative that they have to do whatever the government demands of them even in the context of an intimate, private and serious medical procedure?

And if you want a taste of how bad the social media and traditional media circles treat COVID dissenters, just look at what they did to rapper Nicki Minaj, who just insisted that people “pray” and think before taking the vaccine. Journalists went so far as to try to harass and dox her family members over it.

Thankfully Kroes didn’t have to go it alone defending herself from the psycho mob. She had help from a fellow Victoria’s Secret model, Gisele Bundchen, who pretty much told the haters that Kroes had every right to say what she did about vaccines.

The 41-year-old Brazilian-born former model corrected people who claimed that Kroes was using her influence for bad purposes. “I know Doutzen and she is a kind and loving person,” Bundchen wrote in a comment on Doutzen’s post, adding, “I can’t believe the hate being directed at her because she expressed her feelings.”

Yeah, we agree, Gisele. It is insane, especially here in America where we supposedly value freedom. And even if Bundchen is pro-vaccine, it sure does mean a lot for her to stick her neck out for Doutzen. The unvaccinated people’s right to choice on the issue needs to be respected by all for America to stay free.