A Trip Through Hyper(Sensitive)Space: Disney Renames Boba Fett’s Ship To Something Woke 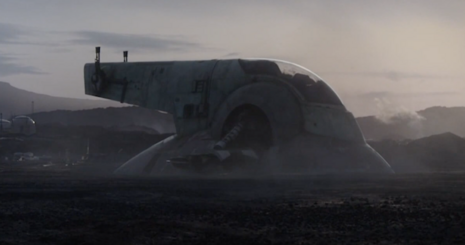 The galaxy far far away seems as ripe for woke revising as our own society. After beating the Star Wars series to hell with progressive themes like gender politics or firing fan favorite actresses for being conservative, Disney has officially changed the name of Boba Fett’s classic spaceship to something more politically correct.

According to pop culture outlet Bounding Into Comics, Slave 1, the ship that has been in series since 1980, has received its new name. And the name certainly seems as though it has much less potential for offending people in our hypersensitive culture. Boba Fett’s ship is now called … wait for it … the “Firespray.”

No, not really? What’s wrong with Slave 1? Well for normal folks, nothing really. But for wokies (not to be confused with the much hairier and less sensitive wookies), any name that denotes historical pain for African Americans and other enslaved indigenous people cannot be used in pop culture. Forget the fact that the term “slave” in the Star Wars universe doesn’t reference any sort of aggrieved people in our galaxy’s history.

But again it doesn’t matter. The word itself is scary. So now it's “Firespray.” Though really, Fire? Fire has killed many people throughout history. Is Disney so sure that the new name won’t conjure up bad memories for audience members who had to go through losing their beloved pet in a tragic house fire?

Honestly, we need to name it something more benign like “The Rabbit Whiskers” or “Puppy Dog Eyes 1.” Disney you need to do BETTER.

Anyways, news of this official name change came in a preview for a new Marvel comic book series titled, “Star Wars: War of The Bounty Hunters.” According to the outlet, part of the story follows “Boba Fett’s arduous and treacherous journey in between The Empire Strikes Back and Return of the Jedi to deliver a carbonite frozen Han Solo to Jabba’s Palace.”

(Also Disney, doesn't "Empire" denote imperialism and colonialism? Go back and change the title of the best film in the franchise, I DARE YOU!)

The series also features stories about several other bounty hunters from the sci-fi universe. In the preview, Marvel lists each of the bounty hunters featured along with their respective personal spacecraft. In that list, Marvel included “Boba Fett and Firespray.” Ah there it is.

The experts at Bounding Into Comics reminded viewers that this new vehicle moniker is a reference “to the ship’s official model classification as a Firespray-31-class patrol and attack craft.” Yeah, you know what it is? Pretty freaking stupid.

So there you have it, more Star Wars woke BS. The news that Disney would be changing Slave 1 was reported in June, though they hadn’t settled on a name. And of course there was no explicit mention that this name change was due to any political complaint. All Disney said was, “it is just something that Disney doesn’t want to use any more.”

Oh sure. You’re telling us that in 2021, in one of the most wokified franchises in the world, Disney just didn’t want to use “Slave” because they felt like it? No, it’s fairly obvious that it’s woke BS.