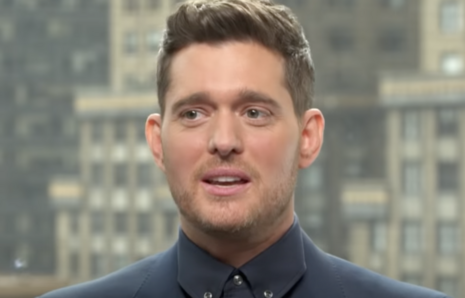 Over 100 entertainment industry workers are demanding better reporting and social media commentary on the current war between Israel and Palestinian terror group Hamas, because the fake news surrounding the crisis is overwhelming.

According Israeli outlet IsraelHayom.com, 130 Hollywood people signed an open letter demanding that other actors and entertainers “use their platforms to push back on biased, one-sided reporting on the Israeli-Palestinian conflict that is now raging. They cite concerns over the rapid spread of misinformation.”

Famous signatories of this open letter – put out by Hollywood-based non-profit Creative Community for Peace – include Gene Simmons of KISS, actress Selma Blair, singer Michael Bublé. Their letter read, “We are deeply concerned by the escalating violence in Israel and the Palestinian Territories. The loss of life and violence is heartbreaking. We call on the leaders of all parties to end the violence, urge calm, and work toward de-escalation.”

The statement took aim at the destructive “one-sided” perspective of the conflict that famous influencers were peddling to their millions of followers online. “We also call on our colleagues and friends in the entertainment community to stop posting misinformation and one-sided narratives that only work to inflame the conflict instead of bringing about peace.”

One infamous example of celebrities using their platform to promote hatred against one side, involved mega-famous supermodel Bella Hadid (her father is Palestinian) attending a “free Palestine” rally. Hadid posted a video to her Instagram for her 42.5 million followers, which showed her chanting “From the River to the Sea, Palestine will be free.”

When celebrities like @BellaHadid advocate for throwing Jews into the sea, they are advocating for the elimination of the Jewish State.

This shouldn't be an Israeli-Palestinian issue. This should be a human issue.

Other celebrities like Avengers actor Mark Ruffalo and Game of Thrones actress Lena Heady made posts with heavy anti-Israeli bias.

Also the fact that Israeli actress and Wonder Woman star Gal Gadot couldn’t even make a conciliatory tweet about finding peace between Israelis and Palestinians proved that pop culture icons were damned if they didn’t promote bias. Gadot tweeted, “I pray for the victims and their families, I pray for this unimaginable hostility to end, I pray for our leaders to find the solution so we could live side by side. I pray for better days,” and the internet slammed her as an Israeli “oppressor” who “acts as a literal tool of propaganda for her government.”

And to think, Gadot said both Palestine and Israel deserve a “free and safe nation.” Pretty soft considering Israel’s right to their land. Thankfully people in Hollywood are now standing up for at least some balance on the issue.