According to Page Six, several cast members of NBC sketch series Saturday Night Live have a real problem with Tesla CEO and SpaceX founder Elon Musk appearing on an upcoming episode, and may be reserving their right to step down from participating in that show. 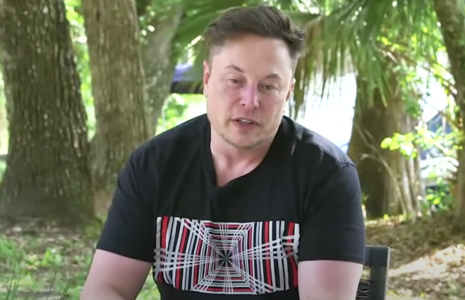 In the past weeks SNL players, including Aidy Bryant, Bowen Yang and writer Andrew Dismukes have expressed antipathy towards Musk appearing in an episode of the long running comedy series. Now an NBC source has confirmed to Page Six, that the show will not force its cast to do “anything they don’t want to do.”

“Speaking historically, if a cast member has been that unhappy, they don’t have to do it,” the source stated adding, “[‘SNL’ boss Lorne Michaels] won’t ever make them do anything they don’t want to do.” Page Six inferred that that’s a big hint cast members are serious about boycotting Musk’s upcoming appearance. Musk is scheduled to appear as the guest host for the May 8 episode of the series.

The backlash against the billionaire mogul’s appearance began on April 24, after tweeting a cheeky message to his 52.4 million followers signaling the news of his gig. “Let’s find out just how live Saturday Night Live really is,” he wrote.

Immediately after Musk’s tweet, LGBTQ and Asian American SNL cast member Bowen Yang expressed discontent at the news. In an Instagram post, Yang – a recent addition to the SNL cast – shared an image of Musk’s tweet and commented, “What the f – – k does this even mean?” Clearly the comedian can’t maintain his professional sense of humor when it comes to dealing with Musk.

SNL star and Shrill actress Aidy Bryant sent out a very passive aggressive message aimed at Musk on her Instagram page. She posted an image of a Bernie Sanders tweet in which the U.S. senator (D-VT) stated, “The 50 wealthiest people in America today own more wealth than the bottom half of our people.” Sanders’ post added that these circumstances constitute a “moral obscenity.”

Of course, it’s obvious what Bryant was going for here, as Musk is currently the third richest man in the entire world. She’s probably not looking forward to sharing a stage with someone who contributes to a “moral obscenity.” Though whatever, Aidy is a big abortion proponent, so she can spare us the “moral” indignation.

Andrew Dismukes, an SNL writer-turned cast member, posted to Instagram, “Only CEO I wanna do sketch with is Cher-E Oteri.” This was a reference to SNL alum Cheri Oteri, who performed on the series from ‘96 to 2000.

Clearly Musk isn’t the most popular guest in SNL history. In addition to him being a very rich man not seeking to redistribute his wealth to the liking of people like Bryant, he has courted controversy for notably unwoke opinions in the past. In a tweet from May 2020, Musk tweeted, “Take the red pill,” a quote borrowed from The Matrix that has been turned into a euphemism for questioning the liberal narrative. A couple of months earlier Musk also tweeted, “The coronavirus panic is dumb,” a bit of heresy for many earnest libs. Thankfully as the SNL source claimed, these cast members are privy to a literal safe space away from Musk.