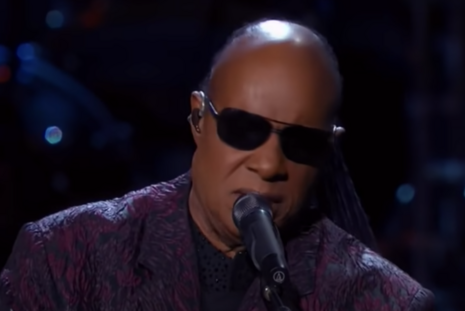 Well another big name celebrity has now threatened to leave the country over politics, but this time that person might actually be serious. Talk about breaking the mold!

Singer Stevie Wonder is the latest famous person advertising his departure from the United States, saying he’s probably, actually – most assuredly – going to be moving to Ghana because this country is just too racist.

Though what gives? Black Lives Matter is victorious after a summer of “rectifying” racial injustice and the orange menace is out of the White House. Joe Biden’s healing our divisions. Hell, even 22 million illegal immigrants are going to get the U.S. red carpet to citizenship.

Still, in an interview with talk show legend and race-baiter Oprah Winfrey, (she is now producing racist 1619 Project propaganda), the “Superstition” singer and Grammy award winner actually “confirmed” that he would be relocating to the African continent to escape racism in America.

“I wanna see this nation smile again. And I want to see it before I leave to travel to Ghana because I’m going to do that,” Wonder told the host, who then asked him if that meant he had finally decided to make the move. The singer replied, “I am. I don’t want to see my children’s children’s children have to say, ‘Oh please like me. Please respect me, please know that I am important, please value me.’ What is that?”

Why I Will Be Relocating To Ghana Permanently - Stevie Wonder pic.twitter.com/XLu7u3dvrc

Of course, Mr. Wonder is referring to future generations dealing with racism in that quote, but it’s a strange line when one considers that his nine children (from five different mothers) are still going to be in the U.S. dealing with what he’s escaping, unless they're all going with him. Out of sight, out of mind, it seems.

Wonder has claimed that racism is still as prevalent in this country as it was when, as a 14 year-old, he met Martin Luther King Jr..  Last month during the civil rights leader’s birthday, Wonder composed a social media post honoring King Jr. in which he wrote, “I want you to know that I am thankful for how you influenced my place of love, which allowed me to try to push the needle of love and equality forward.”

Though the latter portion of Wonder’s MLK tribute exposed some of the singer’s radical beliefs concerning race in this country. Addressing the leader’s memory, he claimed, “It is painful to know that [the] needle has not moved one iota.” Hmm. Well that’s one way to honor King’s legacy: tell him it didn’t move culture an inch. And we all know that’s BS.

Wonder waxed even worse, adding, “For 36 years, we’ve had a national holiday honouring your birthday and principles, yet you would not believe the lack of progress. It makes me physically sick. I am sick of politicians trying to find an easy solution to a 400-year problem.”

Though for Wonder to act like the civil rights struggles of the last 40 to 60 years have consisted of lame solutions offered by ineffective U.S. leaders, maybe he shouldn’t stay in the country.