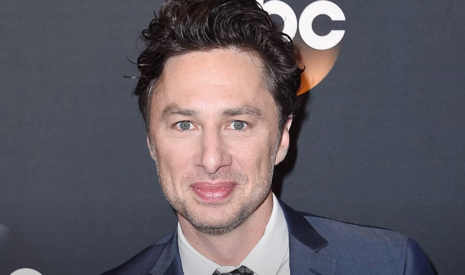 Nearly everyone sang “ding dong, Trump is gone” on Hollywood Twitter this morning, as their chief terror, the baaaaaaad orange president appeared to have his chances on the CNN electoral map dwindle away. It must be nice for people like John Cryer, Zach Braff, and Josh Gad to have a day off from hatred for the first time in a long time.

Pretty In Pink actor Jon Cryer tweeted, “Donald Trump is a defeated, impeached, one term president who is leaving the U.S. economy in tatters, our alliances frayed, our adversaries stronger, and our people enduring the largest mass casualty event in 100 years.”

“His failure is total,” Cryer added.

Scandal and Django Unchained actor Kerry Washington saw Georgia flip for Biden the morning of November 6 and tweeted, “Y’all. On the third day. Democracy has risen.”

Later, he also wrote, “It’s over. Calling my contacts to double check.” Yeah, yeah. Sure.

Snarky Star Trek actor George Takei was so certain of a Biden victory that he was goading Trump into surrendering. He tweeted, “Come on, Donald. You need to give up. Just like you did with your casinos, your wives, your weight and Covid-19. Give up, already.” Yep, we firmly believe that these people will be nice and play fair when they’re in charge.

Beauty and The Beast actor Josh Gad tweeted, “I’m going to make this as simple as humanly possible for everyone. Biden is going to win and the GOP is shocked that suppressing millions of votes, using the USPS as a weapon and making it as fucking hard as humanly possible to count the votes didn’t give them a stolen victory.”

African American actress Gabrielle Union tweeted, “Waking up to PRESIDENT BIDEN and VICE PRESIDENT HARRIS!!!!! Yessssssss!!! So happy, so proud and so ready to get right back to work! No let up!”

And comedian Michael Ian Black tweeted, “Biden was not my first, second, or even third choice to be the Democratic nominee but I’m so glad he’s going to be my president.” Yep. There’s your verdict, folks. Though at least these people get some respite from complaining every day of their lives. Let them enjoy it, even if it’s still fantasy.