Mad At Your Local Pro-Trump Business Owner? Yelp Has A New ‘Racist’ Label for Businesses

Did the little old white man who runs the local hardware store mention he was a Trump supporter? Did your neighborhood coffee shop refuse to put up a BLM sign, or a blue and pink trans rights flag in its window after the latest police brutality case? Did your favorite fast food chain decide to continue to close on Sundays in order to respect the wishes of "white Jesus?" 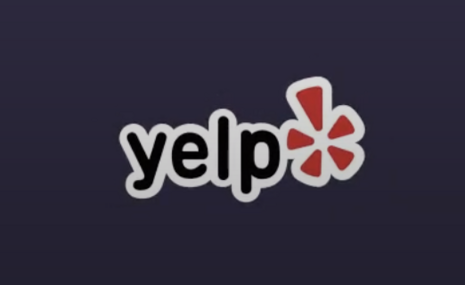 Well, business review website Yelp has come up with a new method for concerned citizens to voice their concerns about such microaggressions and acts of racism. According to the website – which publishes crowd-sourced information on businesses, from contact information, to business hours and customer reviews – Yelp is offering a new service that allows users to complain about a business’ “racism.”

Yelp’s Twitter page posted the disturbing announcement on October 8 with a tweet that stated, “Today, we’re announcing a new consumer alert to stand against racism. In the last few months, we’ve seen that there is a clear need to warn consumers about businesses associated with egregious, racially-charged actions to help people make more informed spending decisions." Talk about Orwellian. So, now what? Now not only can you suffer the indignity of getting a bad review, your restaurant or auto-detailing company can be flagged as a racist establishment as well?

When the act of being color-blind, supporting the current president, or simply not buying into the general tenets of far left politics all equate to being racist these days, you know this system is bound to be abused. 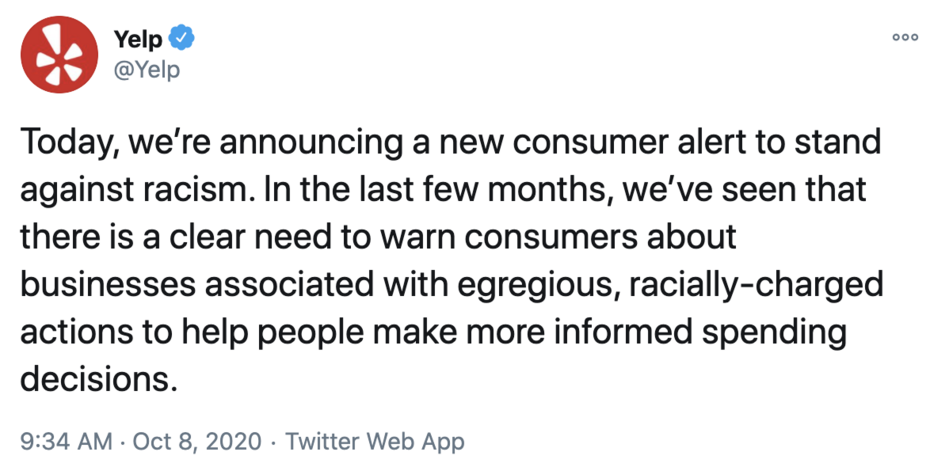 Yelp is going for broke with the woke on this one. Why can’t some disgruntled customer be trusted to complain of racist behavior in a scathing review? Well, it’s because "anti-racism" has become the new cultural hysteria.

Now we can really punish the hard-working Smith family, who work hard to keep their ice cream shop open well into the Autumn season. Remember kids, according to the Museum of African American History in DC, the concept of hard work is a white-exclusive construct. Those Smiths better stop waving it in our faces, lest they get flagged for a microaggression with the new Yelp tech.

We kid, but still, with people throwing the term racist around casually these days, and then mobs targeting said racists with looting and arson, Yelp’s new addition seems a little chilling.

In a subsequent tweet, the crowd-source service wrote, “Communities have always turned to Yelp in reaction to current events, and our User Operations team already places alerts on business pages when we notice an unusual uptick in reviews that are based on what someone may have seen in the news, rather than on a first-hand experience.” 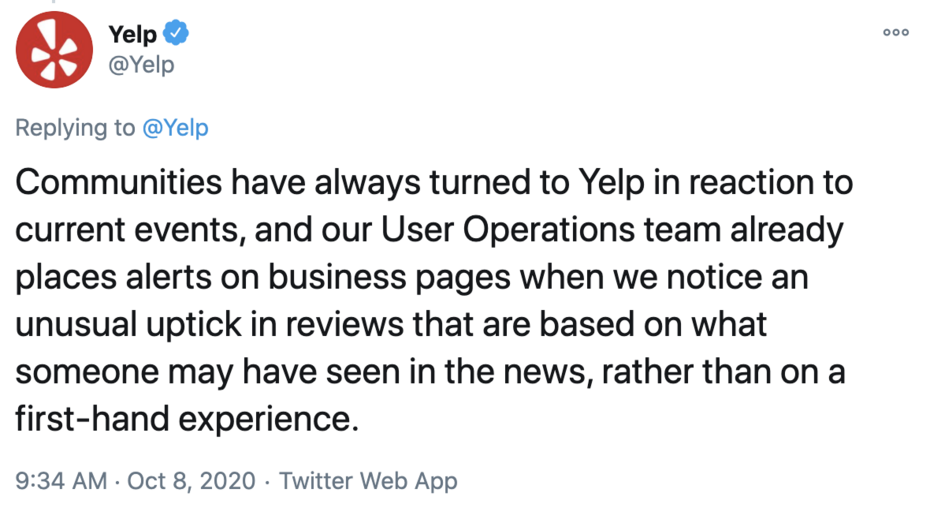 So, what is Yelp saying? That they use the news for these alerts? You mean the same news that every day falsely accuses conservatives and President Trump of racism? The same media that trusts the fraudulent SPLC with designating political opponents like traditional Christians, or pro-legal immigration groups, as hate groups?

Apparently so. “Now, when a business gains attention for reports of racist conduct, Yelp will place a new Business Accused of Racist Behavior Alert on their Yelp page to inform users, along with a link to a news article where they can learn more,” Yelp concluded.

So, instead of a person making their own conclusions about a business, or reading someone’s firsthand experience of racism on Yelp, the website will include an article for them to read? Yelp thinks the media’s interpretation of racism, which now includes being unapologetically pro-American, is the proper deliberating factor here?

This is sure to be a PR disaster. Many will be smeared undeservedly because of this.