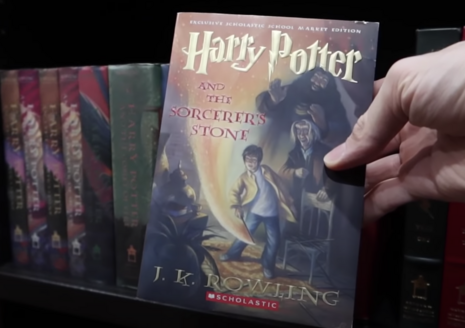 Newsweek reported on the latest social media trend from the past week, claiming that a bunch of users on TikTok – the ubiquitous short form video app that’s all the rage with teens and college students – have made posts in which they’ve set fire to one or more of the British author’s famous books. It’s become a viral way of denouncing the children’s books writer who has been accused of being a “transphobe” for criticizing gender-inclusive language earlier this year.

The outlet mentioned the user “@elmcdo” who started the trend with a TikTok video that involved him setting a number of Harry Potter books on a funeral pyre. Voiceover from the video features the user’s loathing for the author’s “transphobia,” and he stressed his inability to separate Rowling’s LGBTQ politics from her artistic work.

As the books of the boy wizard burned, the user stated, “You have to stop using 'death of the author' as an excuse to have your cake and eat it, too.” The voiceover continued, “While the reader's perspective is an important part of interpretation and meaning, it is impossible to completely divorce a work from its creator."

Of course, lefty social media users are so possessed with leftist ideology that Rowling’s supposed transphobia is somehow a part of the novel in and of itself. “@elmcdo” elaborated, “The positive impact that J.K. Rowling's work had on millions of readers does not negate how her hateful lobbying has affected the trans community.”

That leftist thinking should sound familiar to you. It’s the same logic they've been using to delegitimize America and its founding principles. Consider the destruction of statues of the country’s founders during Black Lives Matter protests this past summer: the radical leftist rioters claim that no matter how good, righteous and even progressive America has ever been in its history, some of its founding members had slaves. Thus their bigotry is baked into the whole cake.

And that cake needs to be smashed.

Back to the burning, this radical TikToker also chastised Harry Potter fans who were torn over their commitment to social justice and their love for the famous books. “@elmcdo” concluded with the message, “Your love of 'Harry Potter' is not more important than the lives of trans women.”

Newsweek claimed that videos of “Harry Potter books being destroyed are circulating on the platform at the moment.” The trend generated enough noise on Twitter that even famous blue-checks like British personality Piers Morgan got annoyed. Tweeting at a pop music artist that was enjoying the book burning, Morgan wrote, “If we're going to start burning things - which we shouldn't - I'd rather start with your entire musical back catalogue. fyi.” 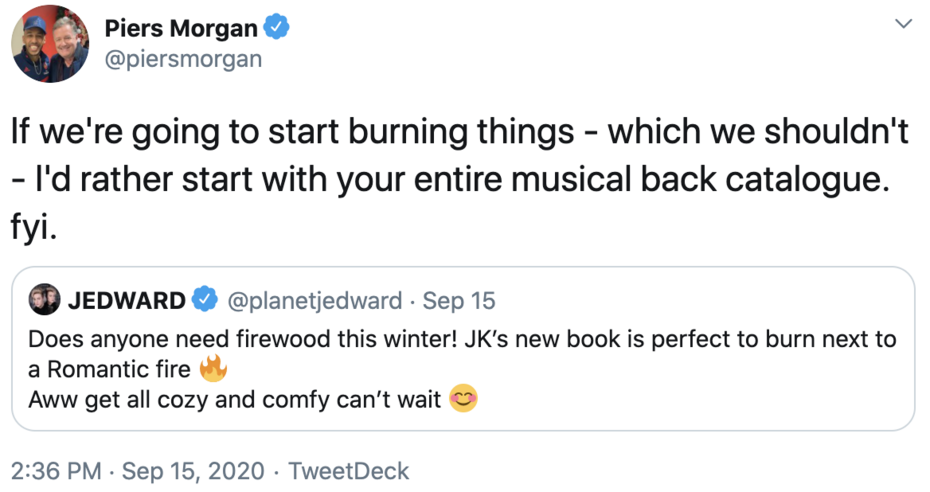 Remember it’s not enough to be anti-transphobic, you must burn your favorite childhood novels because J.K. Rowling once said something that wasn’t PC. It’s like we are living in the future of Ray Bradbury’s Fahrenheit 451, where books written by thought criminals are systematically destroyed. Ah, progress.