The video game industry is taking racism VERY seriously, especially game developers like Infinity Ward, who have removed the “OK” hand gesture from Call of Duty’s in-game animations because of its associations with “white supremacy.” 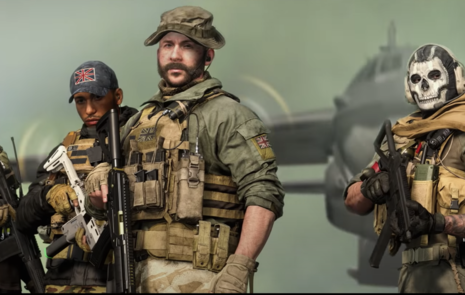 Over the weekend, video game and media outlet Gamespot reported that Infinity Ward, game developer behind the mega-popular “Call of Duty” franchise, had announced that they would be removing the “OK” sign from its latest game, Call of Duty: Modern Warfare. Even though the gesture has been used by humans for decades to indicate that things are good or, in effect, “A-OK,” the developer claimed that its recently-acquired racial symbolism requires its removal.

Gamespot wrote that the symbol “has been replaced with a new one called Crush during the game's latest mid-season patch.” (A “patch” refers to a game update made by developers after the game has been released.) The gesture, which players could make their in-game characters perform with a controller input, was quietly removed from the game.

The developers decided to forgo mentioning the removal in the “patch notes,” but it was such a popular gesture for players in “humiliating their opponents,” that players “quickly discovered the change.”

The hand gesture, which is performed by “forming the pointer finger and thumb into a circle” while keeping the other fingers pointed straight up, has been called a symbol for “white power” or white supremacy by folks on the left for the last couple of years. These folks have insisted that the three extended fingers constitute the “W” for “white” and the pointer finger and thumb constitute the “P” as in “power.”

Of course, this is stupid. But the developer and other groups have recognized the gesture as a hate symbol because legal groups against hate speech like the Anti-Defamation League, or ADL, have done so. Though the ADL, in its pedantic and overdrawn explanation of the evils of a hand gesture, admitted that the hand gesture’s racist meaning was started as a joke in the first place.

The ADL entry explained, “In 2017, the ‘okay’ hand gesture acquired a new and different significance thanks to a hoax by members of the website 4chan to falsely promote the gesture as a hate symbol.” But the hoax actually got people thinking it was a real symbol.

So, if anything, the symbol is not a hate symbol because of racists, but because of paranoid social justice warriors. Apparently that describes decision makers at Infinity Ward, who have pushed to install Black Lives Matter social justice values in its gaming community.

In early June, Call of Duty and Infinity Ward added a pro-BLM message to “Modern Warfare” that appeared before the game’s title screen. The message read, “BLACK LIVES MATTER. Our community is hurting. The systemic inequalities our community experiences are once again center stage. Call of Duty and Infinity Ward stand for equality and inclusion. We stand against the racism and injustice our Black community endures.”

The message concluded, “Until change happens and Black Lives Matter, we will never truly be the community we strive to be.” And, obviously, removing a glorified emoji contributes to solving this problem, right? Yeah, what heroes.

It was also that commitment to racial justice that inspired the developer Tuesday to remove in-game customizable artwork called “Border War,” because the name reminds liberals of borders and law enforcement. Reality check: this isn't heroic, it's embarrassing.