One Hollywood actress may find her career in jeopardy over the mere rumor that she is dating a Trump supporter. Imagine that. Just because Killing Eve actress Jodie Comer may be seeing someone who has a different political opinion, it means she deserves abuse from the hateful leftwing mob and perhaps worse. 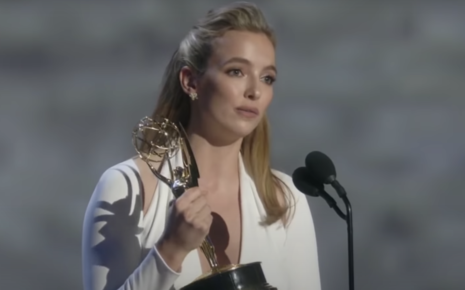 At a time when people are being fired from their jobs for “liking” anti-BLM statements on social media, dating a Trump supporter might as well earn someone capital punishment in the eyes of these leftist freaks.

The Toronto Sun reported on July 9 that the British actress’s reputation is being torched by angry social media mobs after rumors of her love life with a Trump supporter surfaced online. “Keyboard warriors went after the BAFTA and Emmy winner after social media detectives uncovered evidence she may be dating James Burke,” the outlet claimed, pointing out that the Burke-hating users are offended by is a “republican lacrosse player” and someone who “allegedly supports Trump.” Uh oh.

Comer has reportedly shared recent social media photos of her hanging out with the rumored "Republican." UK outlet The Sun identified the man in the photo as James Burke, a "champion" Lacrosse player from Duxbury, Massachusetts. Zealous Twitter users then dug up his supposed voting information, which labeled Burke as an "active" Republican voter.

Of course, this is unbearable for liberal Hollywood fans, who would probably rather die than know that someone they enjoy onscreen interacts with non-liberals in their personal life. Even though we’re supposed to be living in a “diverse” world, Comer’s alleged romantic relationship with a Trumpster was enough to get her name trending for all the wrong reasons, along with the hashtag, “#Jodiecomerisoverparty.”

The rumors were all the more painful for fans and other users who see Comer as a gay icon on screen. Jodie’s character in Killing Eve is a bisexual woman. One user blasted the apparent hypocrisy: “Jodie Comer actually scares me because she’ll be the biggest advocate for gay/trans rights, anti racism and women’s rights but then dates a man who believes in nothing of the sort. Is she okay?”

Again, Comer, who doesn’t have a Twitter account (though she’s active on Instagram), has neither confirmed nor denied whether she is dating a Trump supporter. But just the possibility makes SJWs shriek to high heaven. The only thing Comer has confirmed is that she’s “very much” in love with someone to British Vogue last April.

Still, disgruntled social media whiners also went through her rumored flame’s social media posts as well for the sake of piling on the hate. In addition to hammering him over his Republican views, users found past tweets concerning Burke which revealed that he had been suspended from Lacrosse for assaulting another player.

Users employed it as more fuel with which to attack the actress. One wrote, “So the reason why you want privacy so much is to hide your republican boyfriend? Who has histories [sic] of physically [sic] assault? Who is oppose [sic] to basic human rights? Says a lot Jodie Comer. Shame on you.”

Another user lambasted the actress for her supposed hypocrisy of being both pro BLM – she posted pro-BLM propaganda in one of her temporary Instagram “stories” – and pro-dating Trump fans. They tweeted, “I’m sorry but Jodie posting about BLM on her (temporary) story for one day and playing WLW [women who love women] characters while having a racist/Trump-supporting boyfriend is the definition of fake white allyship. It’s upsetting.”

Though some folks did recognize the abject stupidity in cancelling Comer over a rumor, not that trying to bully someone over their political affiliations isn’t ridiculous enough. One Twitter user wrote, “The fact Jodie Comer is being judged based on the man she’s dating and not the actual work she does is the definition of misogyny.”

And again, who’s to say she’s dating a Trump supporter? It doesn’t matter for the left. Any whiff of Trump or conservatism must be eradicated from their social media safe spaces.