The latest political initiative from Hollywood might be its most insane yet. Here’s the proposal from some of tinseltown’s brightest: How about we as a society decide to defund our police forces? 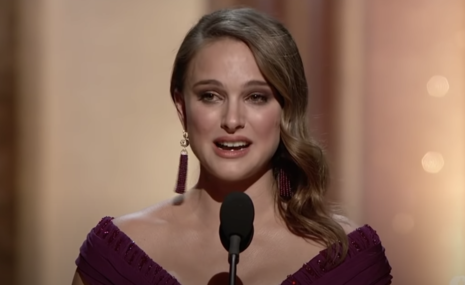 Yeah, real stunning stuff. In support of the radical racial and social justice initiative Black Lives Matter, A-list celebrities including John Legend, Natalie Portman and Lizzo have signed an open letter demanding that police forces in the United States be defunded as a response to “police brutality” and “systemic racism.”

The left claims that these societal ills caused the death of George Floyd at the hands of officer Derek Chauvin, an event that has led to nationwide protests. Though these protests, all done in the name of Black Lives Matter, have devolved into destructive rioting in many places, thus elevating the need for more police.

The irony of this initiative is especially potent with the recent news of the slaying of retired African American police captain David Dorn.

According to entertainment outlet Us Magazine, the “Movement 4 Black Lives” – a “coalition of more than 100 organizations representing black communities” – authored the letter which called for money to be pulled out of police forces across the country. The coalition viewed that “repurposing the money for positive resources” like “education, healthcare” and various "community programs” will “create a better future for all.”

Black Lives Matter promoted the celebrity-endorsed letter on June 2, or “Blackout Tuesday,”  a music industry-wide shutdown of business aimed at spreading awareness of the societal injustices that they claim have debilitated the African American community for decades.

In addition to Legend, Lizzo and Portman, Empire star Taraji P. Henson, lefty diehard Jane Fonda and rapper Common provided their signatures to the letter, as did U.S. Women’s Soccer star Megan Rapinoe. Other famous people like Chrissy Teigen, actress Blake Lively, and musician The Weeknd have donated to the Black Lives Matter cause.

Teigen has even donated $200,000 in bail money for people arrested in raucous protests, again, rendering the need for more police on the streets to deal with the continuous wave of protesters.

Despite the volatile protest situation in the U.S., Black Lives Matter and “Movement 4 Black Lives” cofounder Patrisse Cullors was undeterred in her enthusiasm to deplete police budgets. She told Variety, “one of our central demands right now is defunding law enforcement, reallocating those monies that it has received throughout the years and giving it back to the communities.”

Cullors assured readers that her movement is focused on “a world rooted in the care and love and humanity for every human being.” And look, we would never lay blame for the deadly riots at her feet, but the very fact that the BLM effort has devolved into riots is evidence that human nature is not going to peacefully exist in a happy-go-lucky place without law enforcement.