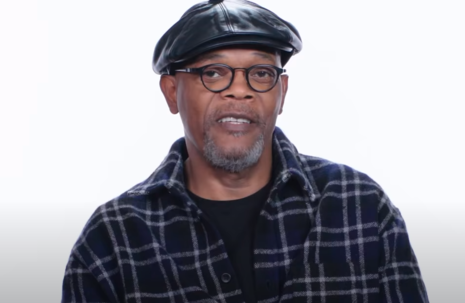 In response to the president’s June 1 speech, during which he vowed to put down the violent riots that have emerged from protests in response to the barbaric killing of George Floyd, celebs such as Samuel L. Jackson, Jeffrey Wright, and Rob Reiner declared that Trump had begun a “2nd Civil War” or had declared “Martial Law.”

What about the fact that D.C.’s been on fire from leftist anarchy, that people are being bludgeoned in the streets and that businesses are being looted? At least fifty secret service members were injured by rioters outside the White House, but a strong response is a terrible idea?

Avengers star and Trump-hater Samuel L. Jackson put out a hyperbolic tweet on June 1. He asked, “Did we just get Martial Lawed??! So, he just Declared War on The Public??!! It’s not 1807 this is not Rebellion!!, but I think it’s about get all kinds of fucked up here!!” Of course, Trump mentioned using the National Guard to quell violent rioters and looters, and offered their help should governors like Gavin Newsome (D-CA) request them.

So if a Democrat governor brings in the National Guard, will Jackson still call it Martial law?

Disney star Josh Gad whimpered about the dire state of affairs. On June 2, the Beauty and The Beast star tweeted, “I just want you all to really think about something as you go to bed. Every major city is mourning and/or burning. People are screaming for guidance.”

But Gad of course, went on to disparage Trump despite the fact that the president’s making an effort to stop the chaos. He added, “A pandemic continues to kill Americans at a staggering rate. And the President of the United States called Vladimir fucking Putin.” Look at that. More Russian collusion.

Rob Reiner ignored the riots and murders in the streets to say that the president’s actions are bringing about the “2nd Civil War.” He tweeted, “An angry sick frightened racist is pushing US into a 2nd Civil War.” And a privileged, bitter millionaire like Reiner would like innocent people to suffer for the sake of his political agenda.

The Wire creator David Simon posed the question,”What happened to all those states-rights motherfuckers?  Where the hell did all those gibbering, put-upon patriots go?” Of course, his point was that patriots aren’t standing up to Trump’s tyranny. He was clearly overlooking the fact that patriots are dealing with the tyrannical mobs Hollywood is encouraging in the streets.

Westworld actor and angry Trump hater Jeffrey Wright tweeted, “This is one of the worst nights for our country that any of us has ever known. Stories later today will be grim. We're all complicit. But cowardly, divisive leadership in this WH is where the buck stops.” Ah, yes, Trump, the leader who kneeled on George Floyd’s neck while simultaneously coughing on innocent bystanders, giving them coronavirus, is at fault. Wright added, “See him. This bankrupt & criminal failure of a pissant half man. This fraud.”