‘F*** Both of You’: Ivanka Trump & Elon Musk Berated By ‘Matrix’ Creator for Referring to ‘Red Pill’

It seems that no Trump family member or famous anti-quarantine protester can make a reference to The Matrix without a nasty earful from one of its co-creators. 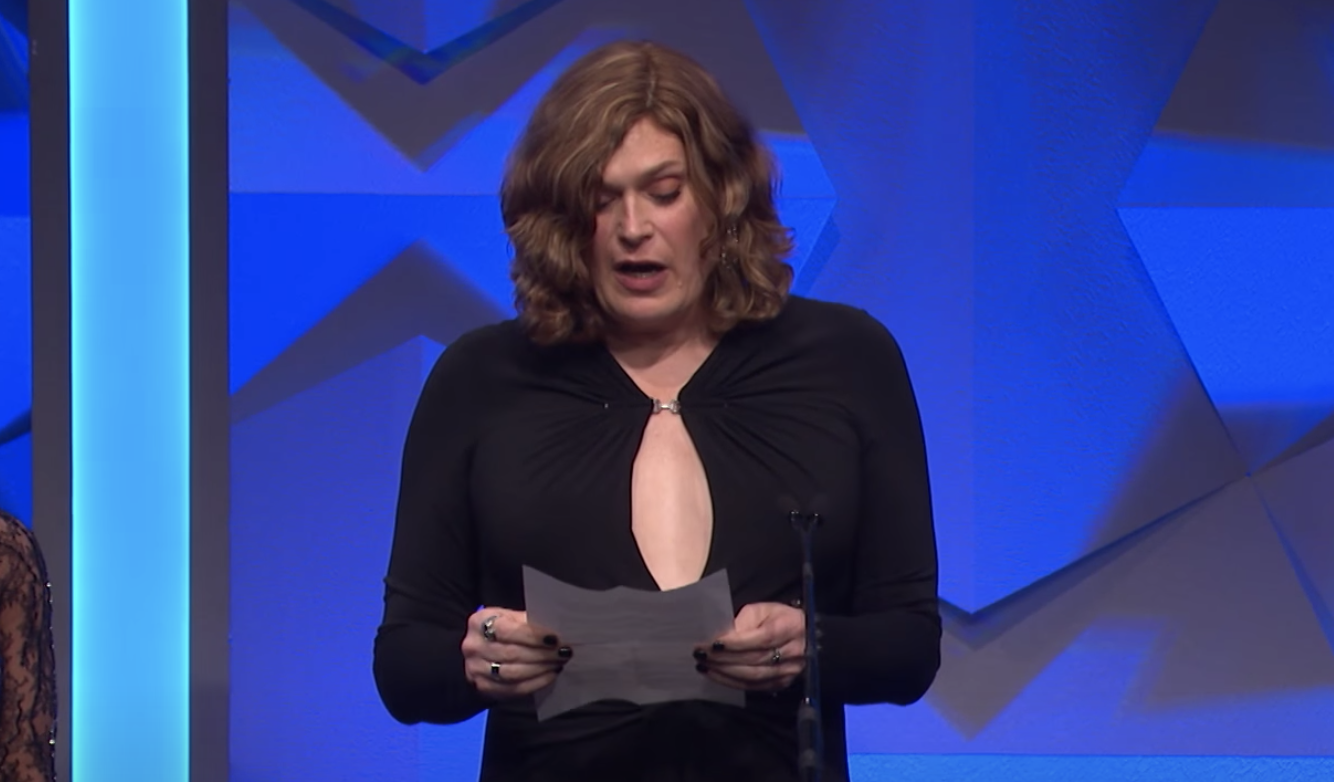 Both Ivanka Trump and Tesla founder Elon Musk took some heat from Matrix creator Lilly Wachowski for tweeting about taking the “red pill” on Sunday. Lilly, a transgender woman who coined the term “red pill” along with his brother (another trans woman) back when they made the first installment of the sci-fi trilogy, blasted the business moguls with a charming “F**k both of you.”

Musk, who has been railing against draconian stay-at-home mandates from Democrat leaders in California for the past couple of weeks, sparked the feud by issuing a call to followers to “take the red pill,” over Twitter. Within the context of his fight to get Tesla people back to work, it was clearly a tweet to get people to realize that the California government’s extended lockdown plans might be bordering on tyranny.

Of course, “red pill” has become so common in the political sphere -- having become another expression for becoming “woke,” or aware of the truth of something political -- that it’s hardly a strict Matrix reference anymore. But if you’re a super woke liberal who can claim to have coined the term and you have an opportunity to bash some anti-big government populist; you’ll probably go for it, even more so when the president’s daughter hops on the bandwagon.

After Musk tweeted “Take the red pill” followed by a red rose emoticon to the massive tune of 190,000 likes by Sunday afternoon, Ivanka Trump retweeted his message with the caption, “Taken!” Trump has echoed her father’s charge that safety must still be a priority in dealing with the coronavirus outbreak, but that we need to start to “rebuild” the economy pretty soon to prevent even more catastrophic damage to the United States.

Many lefties seem hell bent on disparaging the idea, and perhaps Wachowski is one of them, though he could be just driven by petty rage for the people spreading the re-open message. The former Wachowski brother (now sister, apparently) jumped into the thread with teeth bared, tweeting “Fuck both of you.” 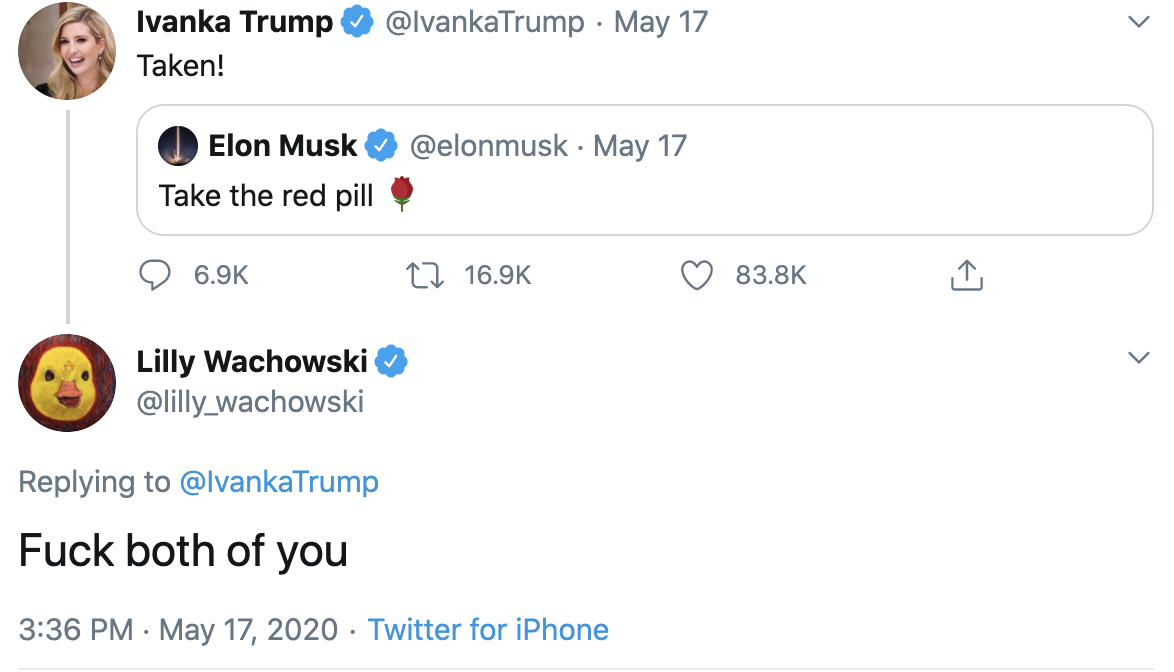 Civil discourse at its finest, eh?

The biological male then tried to pivot from his hateful attack to promoting a fundraiser. Classy move. Following his expletive, he tweeted, “Support @BSAllianceChi if you can,” and linked to a webpage where users could find out how to donate to the “Brave Space Alliance,” the “first Black and trans led LGBTQIA center located on the South Side of Chicago.”

Yeah, we were all really moved to generosity after that endearing display. Both Wachowski “sisters” are currently in production of the fourth Matrix movie, so conservatives better be careful with making any “Neo” or “Chosen One” references on Twitter. They might expect some nasty social media messages coming their way.